FINANCIAL CHRONICLE™ » EXPERT CHRONICLE™ » SL will have to bite the bullet or go down abyss: Dr. Coomaraswamy
Tweet

SL will have to bite the bullet or go down abyss: Dr. Coomaraswamy

SL will have to bite the bullet or go down abyss: Dr. Coomaraswamy 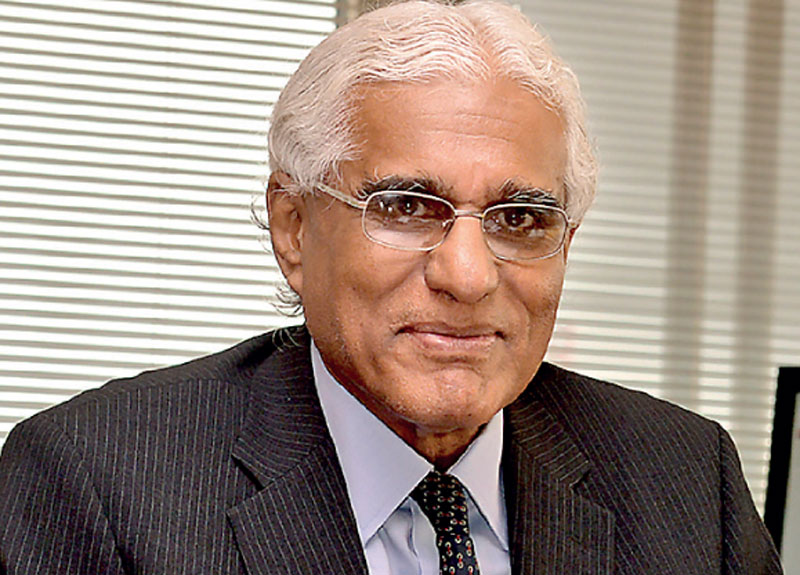 “President Wickremesinghe is economically very literate. He knows what has to be done. At times, it has been difficult for him or any other politician to get it done, given the political dynamics and that toxic populist politics and entitlement culture that has driven the economy to where it is today. But, if President Wickremesinghe understands, he can get it done,” Coomaraswamy said in an interview with The Wire on Saturday.

He said the President seems that he was ready to bite the bullet, noting that if he does not, Sri Lanka will go down the abyss and it will be a disaster.

“First, we need to get an IMF agreement because, at the moment, we neither have foreign exchange nor rupees. The Government does not have fiscal revenue and thus it puts enormous pressure on the Central Bank to print money.

“This has to be resolved immediately and the only way is via an IMF program, which gives us a certificate of good housekeeping and will also leverage other funding from the international donor agencies like the World Bank and Asian Development Bank and hopefully from others. It will also allow flows of private investment into the economy. We also need to restructure our external debt by talking to creditors.

“Secondly, President Wickremesinghe has to find a way of getting essential supplies urgently, such as fuel, food, medicine, and so on, till the debt restructuring and the IMF program are finalised. However, to get the IMF finalised to a disbursement level, will take around five to six months and during this period, the President has to get bridge finance to meet the essential imports.

“Thirdly, the President needs to have a very clear plan on the structural reforms that he is going to undertake to accelerate growth in the economy,” Dr. Coomaraswamy outlined the three key factors the Government should focus on in the immediate future.

He suggested that the Government needs to and is beginning to do is, to strengthen the safety net by enhancing the cash transfers going to the poor and vulnerable.

“I think communication is going to be critical. Almost all Sri Lankans now recognise that sacrifice is necessary and inevitable. With that, the message needs to be reinforced and driven through. Simultaneously, we have to find a way of distributing the sacrifice and pain according to the capacity of the population to bear that pain,” he added.

He also revealed that around 750,000 have slipped into poverty and the data seems to suggest that by the end of the year, half the population could fall below the poverty line which had been elevated because of inflation.

In terms of employment, he said that he had not seen any numbers as to how many jobs have been destroyed, but confirmed that all parties certainly have intense hardships.

Considering all data available, he said Sri Lanka will see an economic downturn of around 8%-10% by the end of next year compared to 2019. “This, I believe it will take another three years or so to make up for that economic downturn of 8-10% and in terms of getting the level of the GDP back to where it was in 2019, I would say about five years,” he added.

He asserted that the economic recovery will require painful treatment as the problem too is very critical.

“The IMF conditions are likely to be ‘onerous’. Countries approach the IMF once the moment they identify their economy is overheating, but we reached out only after the economy contracted, so the conditions will be tough. Firstly, they would want us to have a surplus in the primary account of the budget.

“This year the primary deficit will be between 4.5% - 5% GDP and the IMF would want us to have a surplus of 2% by the end of the program in three years’ time. This means that the revenue has to be pushed up via taxes. Secondly, reflective pricing in our utilities such as electricity and fuel. Thirdly, establishing Central Bank independence,” he predicted on the IMF conditions.

Dr. Coomaraswamy also said if Sri Lanka could get the staff level agreement with the IMF, within a matter of weeks, maybe Japan will be more inclined to give conditions.

“Japan was disappointed with a couple of large projects on the light rail and the west container terminal of the Colombo port. I think they would want us to go back to the ex-ante situation, where Japan was one of the major participants in Sri Lanka’s development programs,” he said.

Pointing out that India had been a great pillar of support as a neighbour, he said going forward they too will be more careful about giving money as the inflation and exchange rate pressure is mounting internally.

“India will also probably seek to see whether they are getting some kind of return for the money that they are providing and investment opportunities,” he added.

Asked for the three key pieces of advice he would extend to the new President Wickremesinghe, the former Central Bank Governor quipped that the veteran politician is already surrounded by the best experts.

“SOE reforms and divestment of assets is a priority. The SOE utility prices need to be cost reflective and must sell certain assets to get forex in the short term. Secondly, establish the independence of the Central Bank by passing the Central Bank Bill which has already been tabled in Parliament, and strengthen the Fiscal Management Responsibility Act which needs more teething.

“Thirdly, the business climate. We have to make a focused attempt on getting the 10 pillars of the Doing Business Index improved. President Wickremesinghe needs to have a road map of how he’s going to shift that agenda and clear out the mess which increases transaction costs in the economy,” he shared his three pieces of advice.

Dr. Coomaraswamy pointed out that the message has to get to the rest of the policy that the country can no longer have business as usual and the International Monetary Policy (IMF) program in Sri Lanka’s last hope of getting out of the economic crisis.

Noting that the IMF predicts the economy will shrink 7.1% this year, he said the future of the economy depends on the strength and strategic wisdom of politicians.

When asked if Sri Lanka Podujana Peramuna, which represents the majority, if the Government will extend support to the President, Dr. Coomaraswamy hopes the party will come to understand that there are no options.

“We have a very narrow path to follow. If we do not follow it will result in a disastrous outcome. I hope that will focus on the SLPP and everybody,” he added.

Re: SL will have to bite the bullet or go down abyss: Dr. Coomaraswamy

Sri Lanka could get up to US$6bn from India, talks with Japan: Coomaraswamy

unquote:
The above was the position of former Governor Indrajit Coomaraswamy in early last month while GR was President.

FINANCIAL CHRONICLE™ » EXPERT CHRONICLE™ » SL will have to bite the bullet or go down abyss: Dr. Coomaraswamy

» Ballot is stronger than bullet.
» Indrajit Coomaraswamy - Governor of CBSL
» Sri Lanka could get US$6.0bn from India, talks with Japan: Coomaraswamy
» "DON’T BITE THE HAND THAT FEEDS YOU"
»  SEC waiting for AG to sharpen its teeth, but will it bite?