Recognises Sugathadasa and Karunaratne as people of integrity; says didn’t call for their resignations but faults the regulatory system and officers within
Disassociates with investor mafia if such exists; admits receipt of five letters of inquiry from SEC
Says his presentation at President’s Forum was on behalf of like-minded investors
Reiterates over-regulation and fear psychosis created wrong perceptions of the market
Given unprecedented opportunity in post-war Sri Lanka, urges collective effort by all stakeholders to develop stock market, shedding petty and personal agendas

Advertising industry specialist turned investor Dilith Jayaweera yesterday called for a collective effort by all stakeholders to make the stock market a sound place for people to invest in, shedding petty and personal agendas.

“The stock market is important for the country. There must be a lot more attention with a strategic focus by all stakeholders taking Dilith Jayaweera who braved a barrage of questions from the media gestures at the briefing convened by him yesterday to give his side of the story over allegations against him – Pic by Daminda Harsha Perera collective action and ironing out issues under one platform, shedding petty private agendas,” Dilith said at a press conference convened by him at Cinnamon Grand to give his version over the various reports regarding his PowerPoint presentation at the 20 July Presidential forum with capital market stakeholders and connected developments thereafter.

It was widely believed that flak hitting Securities and Exchange Commission reached a climax at the forum, followed by pressure from what SEC Chief Tilak Karunaratne described as “by a mafia of high net worth investors and their crony stockbrokers” for him to resign.

During a three-hour interaction with the media, Dilith explained the origins of his professional and business career as well as the background to his presentation.

He was brave enough to face a barrage of questions from journalists though some answers weren’t convincing enough to the media whilst some were viewed as contradictory as well.

Though pinning the market’s downfall to over-regulation and negative perceptions created, Dilith claimed that on his part he didn’t call for the removal of any chairpersons of SEC either. He said he only emphasised the need for pragmatic regulation with an equal zeal from regulator for market development as well.

Dilith decodes!
Dilith said that almost the entirety of the listed investments associated with him such as Citrus Leisure Group and Colombo Land amounting to around Rs. 1.2 billion was via Divasa Equity Ltd., and they were of long-term nature, hence there was no trading profit motive in their dealings.

He said that from specialisation in marketing communication and media industry with a proven track record, their foray into the stock market was on the belief in post-war revival in Sri Lanka and that investments in listed equities were safe with an upside. It was with the same conviction that Citrus ventured into a Warrants-linked Rights Issue to finance expansion into the leisure sector with new resorts in Kalpitiya and Waskaduwa.

However, Dilith during his presentation to the media also said that the stock market boomed since 2009 as it was suppressed previously due to the 30-year-old conflict. Describing it as a natural boom, he questioned whether it was correct on the part of the regulator to apply breaks or limit the revival.

“Regulators intervened saying the market went up too much. What is ‘too much’?”Dilith queried, adding that given the end-of-the-war phenomenon, the rise of the market was understandable. “Amidst the post-war momentum, you can’t ignore the dynamics of a market which had been constrained by the conflict for three decades,” he added.

Dilith also justified his PowerPoint presentation at the President’s Forum, saying he was speaking on behalf of “like-minded” investors and entrepreneurs.
“Despite the post-war momentum, because of ad-hoc regulatory action and loose use of negative terminologies such as pump and dump, the stock market suffered, with investors being driven away by a fear psychosis,” opined Dilith. “A negative perception was created overall apart from a degree of over-regulation,” he claimed.

Dilith said his presentation wasn’t full of ‘venom and hatred’ as alleged by Karunaratne, who according to Dilith was also informed in advance that he would be making a presentation at the President’s forum.
“I presented my view and others too did,” Dilith recalled, but denied accusation that his presentation led to Karunaratne’s resignation.
“I am not against regulations or investigations. Indeed there must be effective, timely and proper regulations. If not, the stock market will not be safe. Being a lawyer I believe in the rule of law. Nobody can be above the law. Those found guilty of malpractices must be punished. But the regulator, in my view, shouldn’t create a fear psychosis, destroying the eagerness of those who wish to participate in the stock market. Nor should the regulator go about saying the market is overvalued, full of crooks and manipulation or brag about ongoing investigations,” Dilith emphasised, suggesting that the regulator must be professional in its role in addition to being responsible for the market’s development as well.

He revealed that since his engagement with the stock market for around two-and-half-years, he had so far received four or five letters from the SEC on some of the transactions he had made. “The letters were seeking information but I am not aware whether any formal investigations have been launched against me,” Dilith told the media.

With regard to media queries on whether he used Defence Secretary Gotabaya Rajapaksa to phone SEC Chairman Karunaratne to stop investigations, Dilith said soon after Karunaratne was appointed, he had casually inquired from Rajapaksa whether he knew the new SEC Chairman to get an appointment and the Defence Secretary had called and made an introduction and arranged for an appointment.
“To the best of my knowledge, the Defence Secretary didn’t ask for any investigations to be stopped. I and my partner Varuni (Amunugama Fernando) met Karunaratne in February as a courtesy call to discuss the general market conditions and how it could be revived at that time. Thereafter we have had cordial relationship with Karunaratne,” Dilith said.

Noting that he had a lot of respect for both former Chairpersons of SEC, Indrani Sugathadasa and Karunararatne, Dilith said they were people of integrity, but blamed the fiasco on the regulatory system as well as officers within the SEC Secretariat who have their personal agendas. Though he cited over-regulation as a key reason for the market’s downfall, Dilith also cited interest rates and other macro issues as contributory factors.

In response to a question that despite his views the market has seen a record net foreign inflow of Rs. 28 billion, Dilith said if not for over-regulation-led market issues, a much larger volume could have been attracted given Sri Lanka’s post-war potential.

Since various businesses under him and his partners via 18 companies employ 2,663 people, Dilith said all of them believed in ethics, good governance and fair play. He said even though Triad handled very successful political campaigns, the Group hadn’t sought any political favours, businesses or contracts.
“We have excelled and expanded on the theme ‘Sri Lankan Can’ with a firm belief in the country and her people. Instead of opting for short cuts, we have taken the difficult path to progress believing in our own selves,” Dilith added.

He also told the press that negative reports about him of late linking him to the so-called mafia had cost him an appointment with an important company/investor in India, which he was keen to attract for a project of Colombo Land. 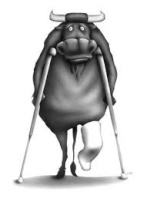 “Regulators intervened saying the market went up too much. What is ‘too much’?”.

Did the SEC ever say this? I cann't recall. I do remember them saying credit was too much and had reached a bubble situation. BUt not that the market was too much.

Can any one confirm this?.....with sources not mere personal statements

“Regulators intervened saying the market went up too much. What is ‘too much’?”.

Did the SEC ever say this? I cann't recall. I do remember them saying credit was too much and had reached a bubble situation. BUt not that the market was too much.

Can any one confirm this?.....with sources not mere personal statements

They never said it that way but they sensed unrestricted credit being used to manipulate the market and measures were taken to avert risks that would sure to occure due to sudden burst of the market bubble. They were not against the market improvements under normal circumstances.

Posts : 165
Equity Stars : 4213
Reputation : 4
Join date : 2011-05-07
"Dilith said that almost the entirety of the listed investments associated with him such as Citrus Leisure Group and Colombo Land amounting to around Rs. 1.2 billion was via Divasa Equity Ltd., and they were of long-term nature, hence there was no trading profit motive in their dealings."

So poor depositors and the potential future shareholders of Divasa Finance (George Steuart Finance) going to takeover his loss!!