Is the Stock Market above the law? 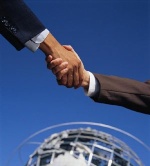 This month alone, the All Share Price Index has increased by 597 points, an increase of 11.5 percent.

However, experts who have witnessed this scenario many a time, question whether the current bull run, is based on sound market fundamentals.

A similar scenario was witnessed mid last year when the All Share Price Index climbed to 7816 points and the Milanka Price Index, to 7327.

However, as many predicted, the bubble burst and the CSE nose-dived, leaving in its wake, many a small time investor in financial ruin.

The carnage was such that the ASPI crashed by 1742 points while the Milanka shed a whopping 2098 points.

Is history repeating one year later? This is the question on the minds of many an analyst
and investor today.

What makes the market soar suddenly, only to come down to earth with a thud?

Recently, Thilak Karunaratne, the Former Chairman of the Securities and Exchange Commission, the regulatory authority of the Colombo Stock Exchange,explained,

The two former Chairpersons of the Securities and Exchange Commission, Indrani Sugathadasa and Thilak Karunaratne, who attempted to regulate the market with the intention of curbing this erratic behaviour, ended up having to tender their resignations.

Following the most recent resignation, that of Karunaratne, a new Chairman, Nalaka Godahewa was appointed to the SEC.

The appointment has seen an almost magical resurrection at the CSE, with media reports indicating that the CSE has been ranked amongst the top exchanges in the world, for its performance over the past four weeks.

We asked Dr. Harsha de Silva about this phenomena, its repercussions and possible impact on investors.

If there are allegations of market manipulation, shouldn’t the rule of law reign supreme and justice be allowed to take its natural course, like in the rest of the country? Or is the Stock Market above the law?

An article that appeared in The Island newspaper today, perhaps encapsulates the goings-on at the CSE, in its final paragraph...

"The way forward they also say is for reconciliation. In other words there is no need for a criminal justice system, laws or regulations.

Join us again tomorrow on "Is the stock market above the law", as we continue our investigations into
the Colombo Stock Exchange.

Posts : 1774
Equity Stars : 7475
Reputation : 55
Join date : 2011-12-13
Location : Kotte
I would like to ask When Rule of law good governance,and economic management was in SATISFACTORY LEVEL after establishment of stock market in this country???

Above factors are more or less same after 1977