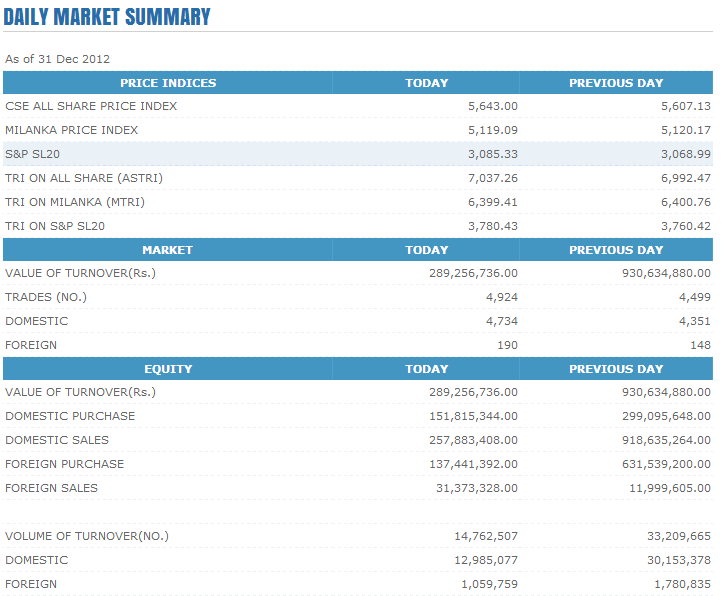 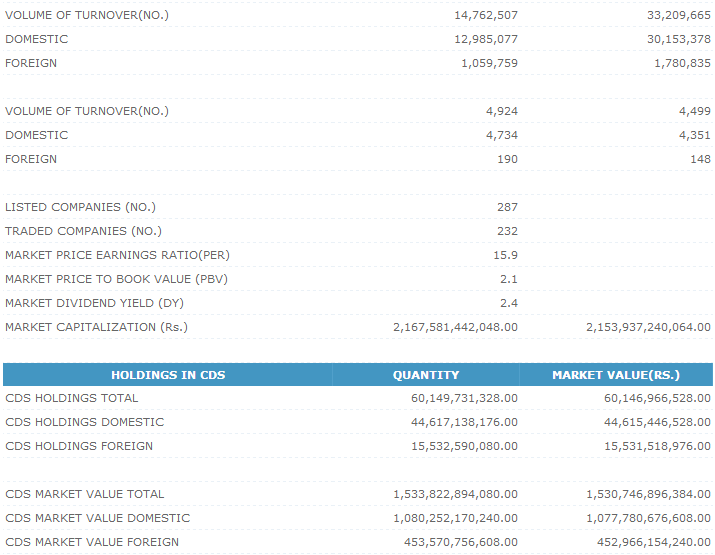 PER jumped to 15.9 due to some high cap movements. Some shares have been like stone walls and hardly moved. 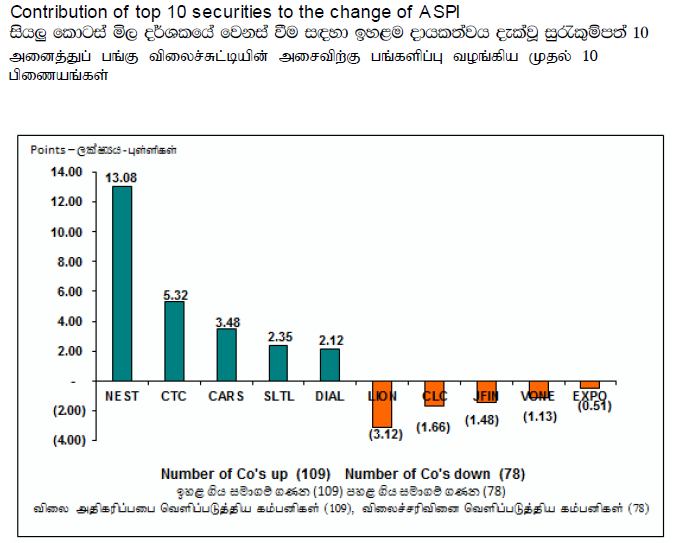 Co-Admin
Posts : 6822
Equity Stars : 21914
Reputation : 2855
Join date : 2011-02-01
Location : London
Dec 31, 2012 (LBT) - The market opened the week on a subdued note with the both the ASPI and the MPI closing virtually unchanged at 5,643 and 5,119 while the bourse is down 7.1% for the year. Turnover however declined by 69% to LKR289 mn with trading in Nestle Lanka, Sampath Bank and John Keells Holdings accounting for 50% of the day’s total. Gainers matched losers with Infrastructure Developers, Capital Alliance Finance and SMB Leasing (X) rising by 28.6%, 27.2% and 25.0% offsetting losses in Kalamazoo, Miramar Beach and Kelsey Developments which declined by 15.4%, 12.0% and 9.4% respectively. Asian markets fell in New Year's Eve-shortened trade today as hopes that US lawmakers will reach a deal to avert the fiscal cliff faded just a day before the deadline.

In economic news, tourist arrivals for 2012 crossed the 1 million mark recording a 20% growth against 2011 with traffic from India, the Middle East, UK, France, Russia and Eastern Europe contributing to the majority of the growth.

Meanwhile, the trade deficit declined in November falling by 9.8 %YoY to USD992.9 mn while declining by 2.1% to USD8,583 mn during the eleven months to November 2012. During the month of November, earnings from exports decelerated by 6.6%YOY to USD827.6 mn mainly due to a decline in agricultural products.

Expenditure on imports meanwhile fell by 8.4% YoY to USD 1,820.5 mn during the month, due to a sharp decline in consumer and investment goods. In cumulative terms, for the first 11 months of the year, the decline in the trade deficit is attributable to a 6.6% and 4.5% fall in exports and imports respectively.

However, analyzing the services account, workers’ remittances recorded a growth of 17.1% YoY to USD5,432mn for the first 11 months of 2012 while earnings from tourism increased by 23% to a total of USD905.3 mn. Sri Lanka’s gross official reserves meanwhile totaled USD6,490 mn as at November 2012, equivalent to 4.1 months of imports.

• Domestic macro-economic performance will recover following a challenging 2013. However not all sectors and sub-sectors would benefit equally. Companies operating in F&B, construction, hotels, diversified and banking (select) are likely to record the most significant growth.

• Margins could come pressure for companies that are over-leveraged as a result of continued high interest rates and SLRupee depreciation. Seek cash rich companies with strong free cashflows

• Competition from alternative asset classes such as money market instruments and real estate investment opportunities which are likely to attract surplus funds. However, flow of funds into equities is unlikely to be significantly affected.

• Investors advised to rebalance, restructure and clean their portfolios, maintain a selective approach focusing on stocks that are likely to benefit fully from the domestic consumption upswing.

• Build a portfolio of fundamental and dynamic stocks to efficiently exploit market opportunities. Maintain an active as opposed to passive investment approach. Rotate styles, stocks and sectors to advantage of the market cycle while strictly avoiding a pure momentum driven or speculative trading

• Diversify risk in a focused and informed manner across sectors and subsectors and potentially asset classes
http://lbt.lk/stock-market/movement/3339-lbt--market-monday 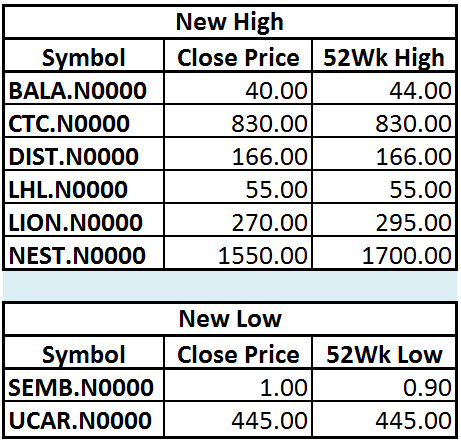 Activity was dominated by blue-chip counters although retail push was seen on selected counters, especially in penny stocks. The year to date drop in the All Share Price Index is approximately 7.1% which is relatively better than the previous year’s drop. The year ahead should hold better fortune as falling interest rates coupled with improving global macro-economic environment will encourage participation in the equity markets.

Cash map for today was 64.27%. Foreign participation was 29% of total market turnover and net foreign inflow stood at Rs. 106Mn.