» What will happen tomorrow?
by Accountant Today at 3:22 pm 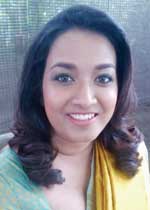 Diversified conglomerate Aitken Spence announced to the Colombo Stock Exchange on Friday that Ms. Stasshani Jayawardena has been appointed to the Board of Aitken Spence PLC with effect from December 1.

She is the first female to be appointed to Aitken Spence Board in its long history and will serve in an executive capacity.

The daughter of Spence Chairman Harry Jayawardena, Ms. Jayawardena also serves on the board of Lanka Milk Foods PLC.

A graduate of St. James’ & Lucie Clayton College and Keele University in the United Kingdom, she joined Aitken Spence in January 2010, gaining experience in several of its key strategic business units as well as within the parent company.

Previously, she worked for the privatized Sri Lanka Insurance Corporation, as a management trainee where she was a member of several strategic committees.

In 2003 she was the youngest intern to work under US Senator Hillary Rodham Clinton and the Former US President Bill Clinton.

She currently leads a team of young professionals that is endeavoring to develop a strategic development plan for future growth of Aitken Spence PLC. Her main competencies include Strategic Planning, Branding, and Marketing, a news release from Aitken Spence said. 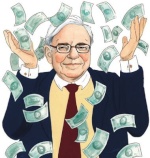 Deffa.. but the talent factor..

Re: Harry J’s daughter appointed to Spence board