BTW DD can you put the Valuation Report of CAL 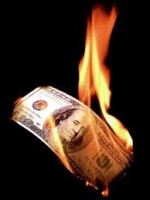 @SHARK aka TAH wrote:Here is the CAL Report

@SHARK aka TAH wrote:Here is the CAL Report 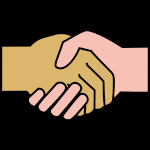 TJL reported 1HFY15 earnings at LKR 446mn (-11% YoY), marginally below CAL’s
expectations as gross margins came under pressure during 2QFY15. Higher expenditure on
dyes & chemicals coupled with lower sales volumes resulted in TJL’s GP margins declining
to 9.1% in 1HFY15 vs. 11.4% in 1HFY14. CAL expects TJL’s FY15E earnings to grow 16%
YoY to LKR 1.3bn (vs. previous LKR 1.4bn) on the back of a recovery in sales volumes
which may translate to a FY15E PER of 9.9x & PBV of 1.9x vs. the MFG sector’s PER of 12x
and 1.8x PBV. CAL maintains a HOLD on TJL based on a DCF based FV of LKR 20(-8%),
possible likelihood of a plant acquisition in FY16 and a 6.6% dividend yield. HOLD
Volumes recover from 2QFY15 - TJL’s 2QFY15 revenue grew 7% YoY to LKR 3.5bn recovering
from a -7% YoY decline during 1QFY15. However, the pick-up in volumes were only evident from
August, hence a month’s sales was affected during 2QFY15. With 2HFY15 order book remaining
strong with the recovery in the US economy and the plant now operating at 95% capacity
utilization  despite the 10-12% capacity addition, CAL expects an 8-9% YoY growth in turnover
during 2HFY15 which may lead to TJL’s FY15E revenue growing 5% YoY to LKR 13.3bn.
Gross margins come under pressure in 1HFY15 - An unanticipated rise in dye and chemical
costs due to global supply constraints (7.5% of COS in 1HFY15 vs. 6% of COS in FY14) was a
key reason for TJL’s GP margins to decline to 9.8% in 1HFY15 vs. 11.7% in 1HFY14. Further,
lower than anticipated sales volumes during 1HFY15 resulted in higher fixed overhead absorption
cost whilst higher than expected allocation to outsourcing (8% vs. CAL’s 6%) also contributed to
the gross margin compression. Given  the pickup in volumes and  commencement of the peak
season, CAL expects GP margins to improve to 12.1% in FY15E (vs. previous 12.7%) as higher
volumes  absorb the  large  fixed cost base. The improvement in gross margins will also be
supported by the multi-fuel boiler project which commenced trial run end August 2014 and is fully
operational from end Oct 2014. CAL expects the energy saving to be LKR 108mn for the last 4
months of FY15E (USD 2.5m/annum savings). From 2HFY15, CAL expects the contribution from
the lower margin (5% GP margin) outsourced  volumes to reduce to 5% from 8% in 1HFY15 as
internal capacity is fully utilized.

CAL maintains a BUY on TJL - TJL currently trades on a FY15E PER of 9.9x and 1.9x PBV vs.
the MFG sector PER of 12x and 1.8x PBV. TJL may maintain a c.65% div. payout (vs. previous
70%) for FY15E which may result in a LKR 1.3 DPS (6.6% dividend yield). CAL maintains TJL on
a BUY based on a recovery in volumes, a DCF based fair value of LKR 20, a dividend yield of
6.6% and the possibility of a regional acquisition given the limited scope to increase capacity at the local plant. TJL has LKR 1.6bn in cash reserves, zero debt and the ability to raise USD
borrowings at lower rates (c.4%) which may aid TJL in case of a plant acquisition. BUY Target 23-24 levels....