» Nivard Cabraal sets record straight on decision to allow flexibility to the rupee
by God Father Yesterday at 11:15 pm

» Heavy losses at CPC whilst LIOC records profit
by ChooBoy Yesterday at 1:32 pm

LMF's three dairy farms are made up of Ambewela Dairy Farm, Pattipola Dairy Farm and Ambewela Product Dairy Farm, and are collectively home to more than 3, 000 cattle. The European breeds of black and white Friesians and brown and white Ayrshires at these farms generate an average of 26 litres of milk per cow per day, which is by far the highest average milk production per cow in Sri Lanka.
Lanka Milk Foods (CWE) PLC (LMF) is planning to increase milk production from this year onwards with the completion of the construction of its Rs.3 billion dairy farm.The new project will be consisting of 4 large cow sheds (which can accommodate 500 cows each), 2 most modern milking parlours and an environment-friendly world class slurry management system.

But Watawala Plantations, today manages a herd of 1, 600 dairy cattle.

Harry82 wrote:LMF's three dairy farms are made up of Ambewela Dairy Farm, Pattipola Dairy Farm and Ambewela Product Dairy Farm, and are collectively home to more than 3, 000 cattle. The European breeds of black and white Friesians and brown and white Ayrshires at these farms generate an average of 26 litres of milk per cow per day, which is by far the highest average milk production per cow in Sri Lanka.
Lanka Milk Foods (CWE) PLC (LMF) is planning to increase milk production from this year onwards with the completion of the construction of its Rs.3 billion dairy farm.The new project will be consisting of 4 large cow sheds (which can accommodate 500 cows each), 2 most modern milking parlours and an environment-friendly world class slurry management system.


But Watawala Plantations, today manages a herd of 1, 600 dairy cattle.

Both WATA and LMF will benefit but LMF Lakspray section could face some difficulties.

LMF's Lakspray section is very small one. They are planning to increase milk production from this year onwards with the completion of the construction of its Rs.3 billion dairy farm.
only 40 mn share. there4 EPS and Price are up quickly.

Palm oil bulls will likely hold sway into early 2022 as a chronic worker shortage in No. 2 grower Malaysia and heavier rains than usual in key growing areas disrupt production of the world’s most-consumed edible oil. That could keep prices elevated after a record year in 2021 when benchmark futures rocketed to an all-time closing high of 5,071 ringgit ($1,213) a ton.
https://www.bloomberg.com/news/articles/2021-12-29/palm-oil-bulls-to-roar-into-2022-on-labor-crunch-la-nina-deluge

WATA can achieve above in this week..

As per the economic trends, they will achieve >Rs.26 EPS for Annum

See the Current trading Pattern and its trading quantities - I guess, they ready to generates best financial performance during coming quarters.

2021/22 EPS grow 100% from Q1 to Q2 and also, with the palm oil price increases in the world market, Q3 number can be amazing.
Also, YoY profits up by massively and its more than 106% up.
Watawala PBT consists with 96% of Pal Oil profits and hope this will will be the best picking plantation stock in CSE.

Historically, Palm Oil reached an all time high of 5220 in October of 2021 - if you carefully analyzed, Q3 number can be a massive. 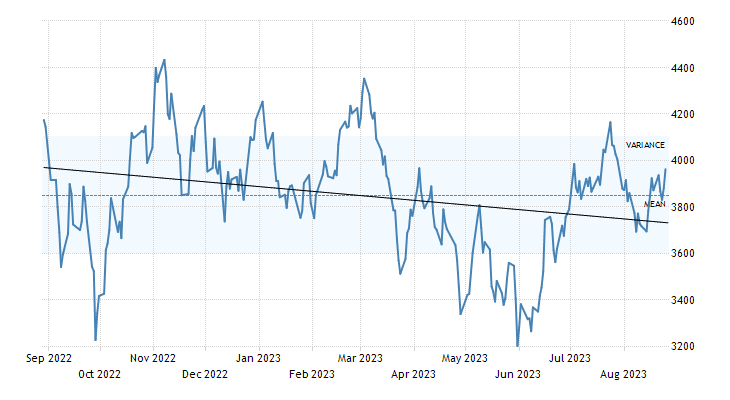 SINGAPORE, Jan 31 (Reuters) - Malaysian palm oil futures briefly touched a record high of 5,700 ringgit per tonne in early trade on Monday before encountering light profit-taking, as traders tried to factor in reduced supplies from top producer and exporter Indonesia.
The benchmark palm oil contract for April delivery on the Bursa Malaysia Derivatives Exchange ended the pre-Lunar New Year holiday half-day trading session down 0.73% at 5,587 ringgit ($1,331.19) per tonne. The Bursa will remain closed until Feb. 3.
Indonesian authorities shocked global edible oil markets last week by implementing a new rule that made it mandatory for palm oil producers to sell 20% of their output to domestic consumers at fixed prices.
The rule change has clouded the outlook for crude palm oil supplies from Indonesia, and upended global edible oil markets by making what is traditionally the cheapest vegetable oil the costliest among the three major edible oils traded across the world. 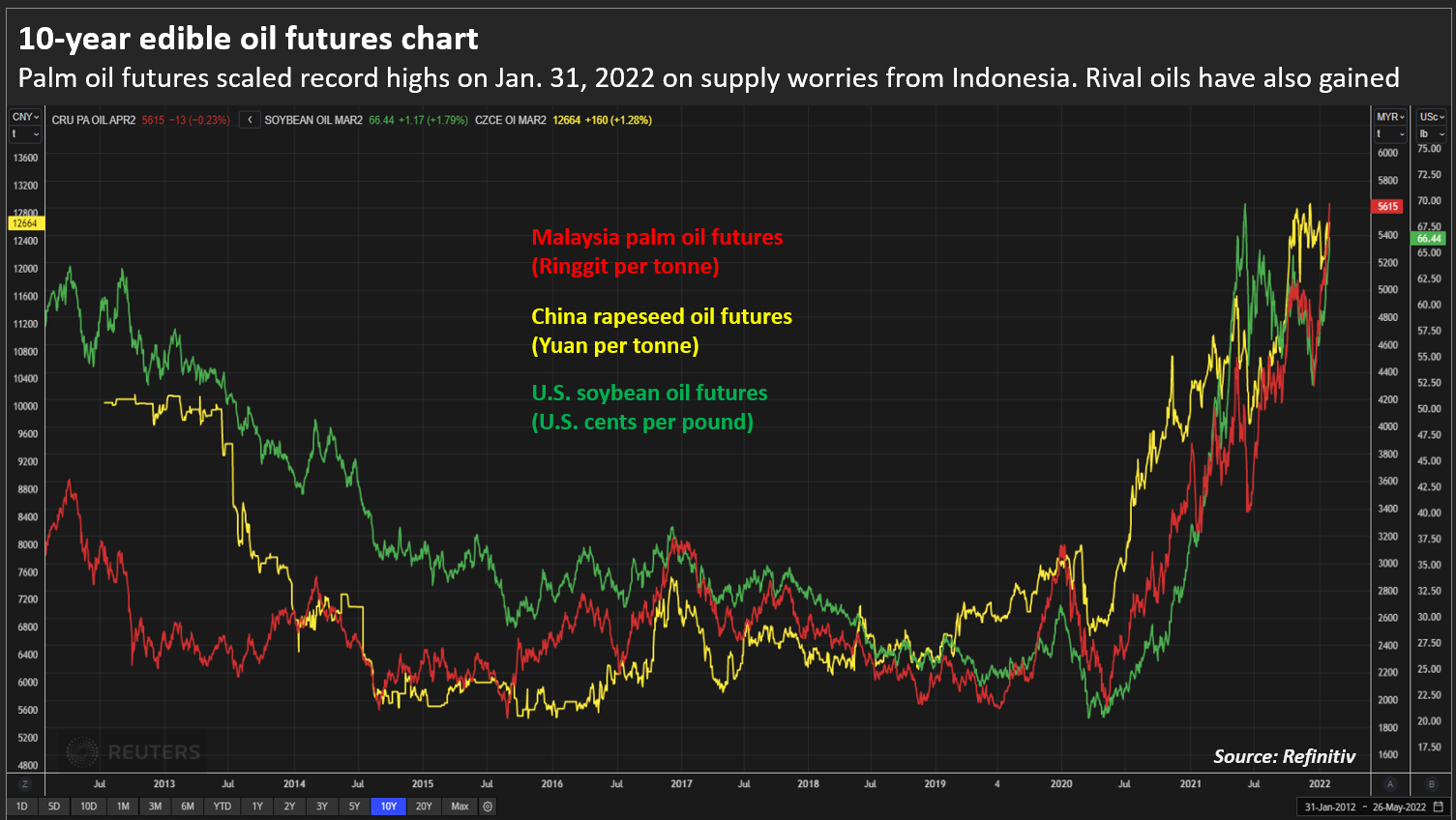 10-year edible oil futures chart
* Indonesia, the world's biggest palm oil producer and exporter, has set the crude palm oil reference price for February at $1,314.78 per tonne, up from January's 1,307.76 per tonne, the Trade Ministry said in a statement on Friday.

* India, the top edible oil importer, is likely to set aside about 3 trillion rupees ($40 billion) on food and fertiliser subsidies in its budget next week for 2022/23, officials said, roughly the same amount the government budgeted for this fiscal year ending in March. read more

* Chicago March 2022 soybean futures stretched to fresh life-of-contract highs in early trade on Monday to extend their run higher on worries about the scale of drought-hit crops from South America.
* Chicago's most-active soyoil contract rose 1.75% to 66.41 cents a pound, its highest since June 2021, at 0449 GMT. Soymeal futures were up 1.3% at $416.70 a short ton.
* China's main commodity futures markets will be closed until Feb. 7 due to the Lunar New Year/Spring Festival holiday.
* Palm oil is affected by price movements in related oils as they compete for a share in the global vegetable oils market.
* Palm oil may test a resistance at 5,676 ringgit per tonne, a break above which could lead to a gain into the 5,749-5,794 ringgit range.
GLOBAL MARKETS
* Asian share markets made a cautious start to a week that is likely to see a rise in UK interest rates and mixed reports on U.S. jobs and manufacturing, while surging oil prices added to worries over inflation.
* Oil rose 1%, hovering near seven-year highs hit in the previous session, amid concerns over tight supply as well as geopolitical tensions in Eastern Europe and the Middle East.

Market Report - week 4 (24 – 28 January 2022)
CTC
Despite having 23k more packages on offer than last week, the Mombasa auction continued where it stopped last week. Strong
demand continued, resulting to a maintained all average hammer price of USD 2.55 and 14% outlots like last week. Flavory EoR
BP1s met strong support from Kazakh buyers, moving at firm to dearer rates. Below best traded irregularly steady to easier. WoR
BP1s sold at the reserve price of USD 2.60 due to selective interest. Medium BP1s met good demand at irregularly firm to dearer
rates. Plainer types followed a similar trend. KTDA EoR PF1s were sought after, meeting almost 100% absorption and gaining up
to 8-12cts. Pakistan packers were dominant with strong support from Bazar & Russia. WoR PF1s traded irregularly firm to 5cts
dearer. Medium PF1s traded irregularly firm to dearer and plainer types as well but following quality. The dust market also met
strong demand this week. Best PDs gained 8-12cts, below best PDs 4-16cts, good medium types traded firm to 4cts dearer,
mediums gained 6-20cts and plainer types 6-10cts. Weather conditions are still beneficial for growing tea, EoR reported cloudy
mornings & showers during the afternoons resulting in maintaining crop levels. WoR reported sunny mornings with occasional
rains with afternoon showers. Crop levels WoR decreased marginally. Demand from Pakistan packers and Bazaar was strong
again this week. It was noticeable that a large global packer who is used to be very active on WoR PF1, was less active. After this
week’s 217kg packages on offer due to double collection during holidays, the coming weeks normal quantities will be offered in
the auction. Offerings BP1 and PD are going down but KTDA is offering clearly more EoR & WoR PF1 in the auction. Therefore, it
could well be that the current strength won’t continue for these types. While we’re heading into the slower production season
awaiting MAM rains. The Limbe auction met very good demand this week. BP1s traded irregular, PF1sc traded firm to dearer.
PF1 seedlings, Sayamas were selling at a premium, Bloomfields gained 2usc while EPM teas gained up to 6cts. PFs traded up to
6cts dearer, D1s traded up to 11cts dearer following leaf quality. Offgrade fngs traded up to 11 cts dearer for clean leaf types
others gained 2 cts. Offgrade dust met selective demand, eased 3cts where sold. 18% of the teas on offer remained unsold. The
tropical storm Ana made landfall on the Mozambique coast bringing 3 days of heavy rainfall to the coast of Malawi. Floodings
damaged roads, bridges & buildings. Both tea growing areas were hit by the storm. Crop is seasonally picking up while we had
a slow start of the production season in December & January. In Jakarta, CTC teas were trading firm to up to 16cts dearer with
heavy withdrawals due to broker’s high reserve prices. There was no sale in Kolkata this week. The Guwahati auction met good
demand, well-made teas traded steady while others traded irregular and easier. In Coonoor CTC teas met good demand trading
firm to 1-3 cts dearer. In Coimbatore, fair demand made better mediums trading irregularly easier while plainer types traded
firm to 1-2cts dearer. In Cochin CTC teas met fair demand, trading irregularly sideways.

Orthodox
In Colombo a volume of 6.95 Mn Kg came under offer at this week’s e-auction which was an increase of 1.85 Mn Kg over the
previous week. The back log created due to the non-closure of a sale in the last week of December 2021 was the cause for the
increase. Teas from all elevations met with strong demand at dearer levels. High grown teas recorded an increase and had 1.08
Mn Kg offer this week. Better western BOP’s gained considerably, whilst the plainer teas too gained but to a lesser extent. Better
western BOPFs gained, specially the coloury varieties. Plainer teas gained by a lesser margin. Nuwara Eliya BOPs gained,
whilst BOPFs seems yet sluggish. Uva & Udu Pussellawa BOPs gained on last levels. BOPF’s better sorts maintained, whilst others
gained. Medium grown tea consisted of 0.87 Mn Kg. Once again, good demand for all grades were witnessed without an
exception. Low grown leafy teas, had a 1.74 Mn kg on offer. OP1s gained across all categories. Better and bottom end BOP1s
were dearer whilst below best sorts maintained. OP/OPAs gained across all categories. Better and bottom end PEK gained
marginally, below best sorts eased. Better PEK1s were firm to dearer, bottom end PEK1’s gained marginally. Low grown small
leaf & premium teas consisted of 1.33 Mn Kg. Best FBOP’s maintained. Others were dearer. FF1s were dearer across all categories.
Off Grades, had an offering of 1.30 Mn kg. High grown liquoring FGS1 were dearer. Better Low grown FGS eased, others gained.
Brokens gained across all categories. BOP1A’s followed a similar trend. Dusts catalogue had an offering of 0.63 Mn kg. Best high
grown Dust1s gained marginally. Others too gained. Secondaries were fully firm. Low growns gained. In South India, 65% of teas
on offer sold. There was an exception on the dust types, which saw good demand with levels following quality. Auction rooms
in Conoor, and Cochin saw steady to irregularly easier levels across the board. The exception was in Coimbatore where whole
leaf types and brokens were firm to dearer.
“Insanity is hereditary; you get it from your children.” – Sam Levenson 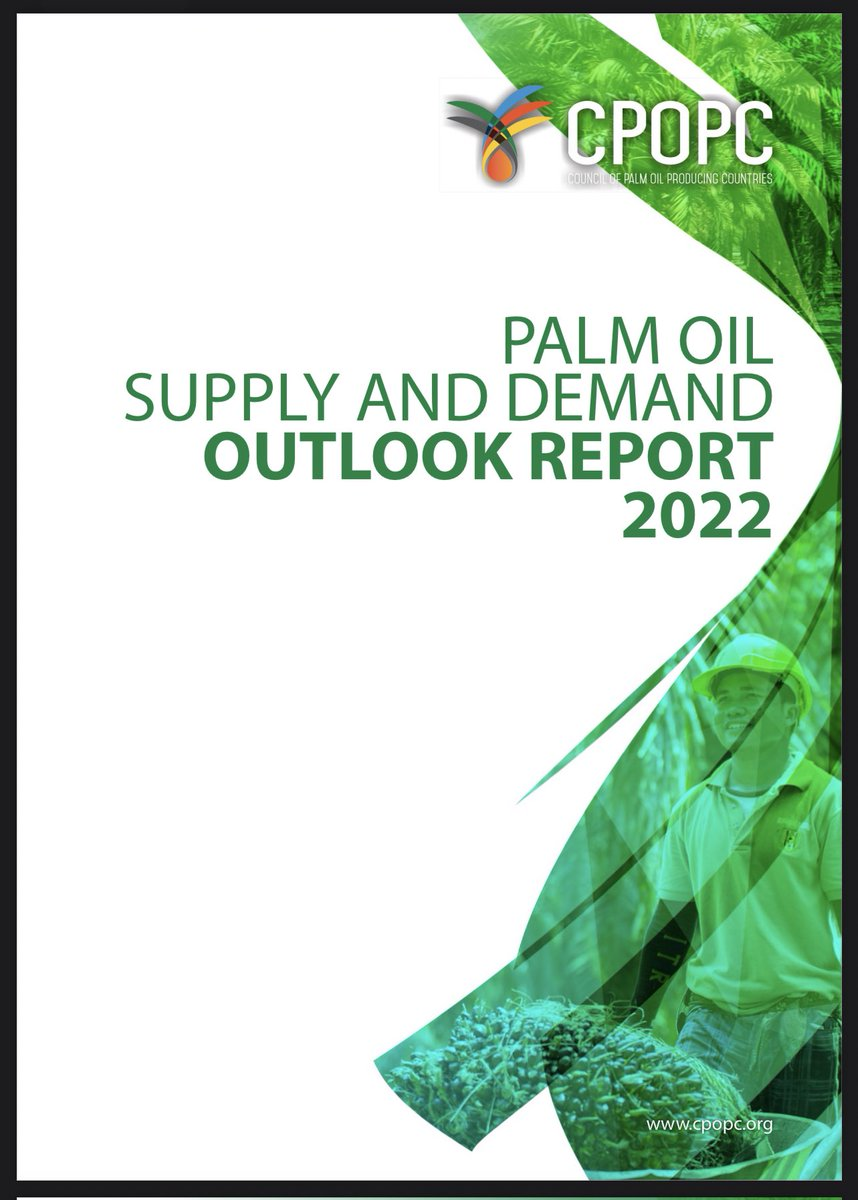 WATAWALA is going to publish ever highest results,

Expecting a Super dividend of Rs.5 with 30% Capital gain in 30 days