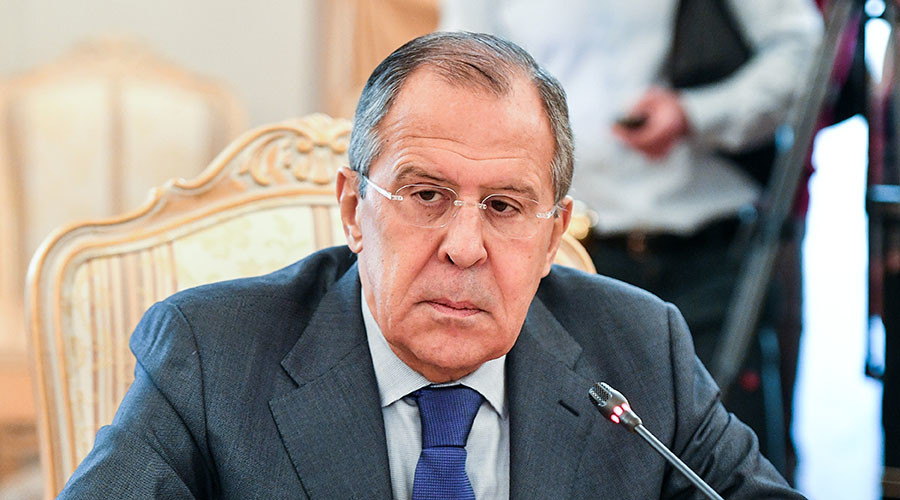 Russian Foreign Minister Sergey Lavrov. © Vladimir Pesnya / Sputnik
The US will have to negotiate with Russia on finding solutions to international issues as no state is now able to act alone, the Russian foreign minister said, adding that problems in bilateral relations began to mount long before the Ukrainian crisis broke out in 2014.
The international community should not play by Washington’s rules despite the US being a great power, Russian Foreign Minister Sergey Lavrov said on Wednesday, referring to a recent statement by President Vladimir Putin.
“Two or three months ago US President Barack Obama said it is they who set the rules,” Lavrov said, following a meeting with his Greek counterpart, Nikos Kotzias.
Read more

Valdai 2016: NATO is biggest barrier to improved relations between Russia & West
“If our American partners think so, they will go through quite painful periods of realizing [the fact] that no one in this world could act alone any longer,” he added.
Both Washington and Moscow are destined “to negotiate anyway,” the foreign minister said, adding “the sooner it happens, the better.”
US-Russia relations are now at their lowest point since the Cold War, according to many observers, including the Russian ambassador to the US, Sergey Kislyak.
Lavrov added that, contrary to widespread opinion, the problems did not surface overnight, but rather began long before the 2014 ‘Euromaidan’ coup in Ukraine that toppled the elected president, Viktor Yanukovich.
“[The problems] emerged when the US saw … President Putin restoring independence in our foreign policy,” Lavrov asserted. The Russian president’s course, the foreign minister emphasized, implies taking into consideration partners’ interests but “not lining up after a leader who is confident of his exceptionalism.”
Despite growing strains in US-Russia relations, Moscow and Washington still have room for maneuver in their discussions on Syria, including the issue of eastern Aleppo, where militants are pinned down by government forces.
Read more 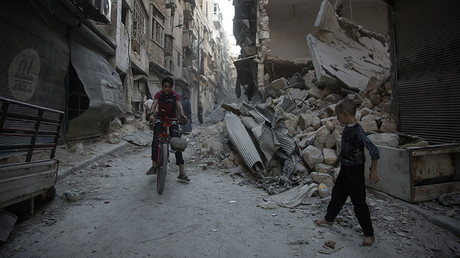 Lavrov: West will be ‘Al-Nusra accomplice’ if it fails to separate Syrian rebels from terrorists
“We preserve communications channels on the Syrian issue, including [the issue of] eastern Aleppo. I hope that some results are within reach, and our American partners do not withdraw their approval as they did in case of the September 9 agreements,” Lavrov said, referring to the US-Russian peace plan that included a cessation of hostilities as well as coordinated strikes on Islamist militants in Syria.
The accords proved short-lived as in early October Washington accused Moscow of not living up to its commitments and broke off all talks on the ceasefire.
Russia, however, repeatedly said that Washington had failed to deliver on its promises. Russia's Permanent Mission to the UN said in a statement last week that while Moscow fulfilled its part of the bargain and negotiated with the Syrian authorities to make the cessation of hostilities possible, Washington failed to fulfill its promise to negotiate the same with the US-backed ‘moderate’ Syrian opposition.
“Russia guaranteed the implementation of the [cessation of hostilities] by the Syrian government. The US on the other hand was not capable to insure the implementation of the [cessation of hostilities] by the armed groups.
“Furthermore, the US failed to fulfill their February promise to separate Al-Nusra Front from ‘moderate’ opposition,” the mission noted, adding that there are a number of other issues it regards as US failures in the combined efforts of the two states to bring peace to Syria. These include the failure to establish a valuable exchange of information about ceasefire violations, and the failure to facilitate humanitarian access to east Aleppo.

Now LBO wants you to know..

Posts : 179
Join date : 2016-06-22
I am appalled at this fear mongering, actually there is No way Trumph can start World War 3, as the US congress hold the Supreme power. they can make or Break a  president.
The president though has veto power he is Not above the US constitution as he must consult the congress before he starts a war.

@trader7 wrote:I am appalled at this fear mongering, actually there is No way Trumph can start World War 3, as the US congress hold the Supreme power. they can make or Break a  president.
The president though has veto power he is Not above the US constitution as he must consult the congress before he starts a war.

Trump is not going to start a War.. But Putin is... As he was cornered by west and left with no other option..

@samaritan wrote:Trump and Putin may not start a war, but ranferdi is all out to start a war!

Ofcourse true.... This place is over populated and I am tired....

Re: Risk of Third World War - US Elections & Markets.