» The world- Including Sri Lanka started to feel the pinch of the Russia- Ukraine war
by reyaz Today at 12:12 am

» RAL UNTOLD STORY, KEEPING TOUCH
by blindhog Yesterday at 11:29 am

Posts : 234
Equity Stars : 1748
Reputation : 4
Join date : 2019-03-23
Yesterday my Gym Instructor asked me about stock recommendations.
It reminds me of article below which is applicable in current CSE context.

WHEN THE SHOESHINE BOYS TALK STOCKS IT WAS A GREAT SELL SIGNAL IN 1929. SO WHAT ARE THE SHOESHINE BOYS TALKING ABOUT NOW?
(FORTUNE Magazine)
By JOHN ROTHCHILD
April 15, 1996
(FORTUNE Magazine) – JOE KENNEDY, a famous rich guy in his day, exited the stock market in timely fashion after a shoeshine boy gave him some stock tips. He figured that when the shoeshine boys have tips, the market is too popular for its own good, a theory also advanced by Bernard Baruch, another vested interest who described the scene before the big Crash:

"Taxi drivers told you what to buy. The shoeshine boy could give you a summary of the day's financial news as he worked with rag and polish. An old beggar who regularly patrolled the street in front of my office now gave me tips and, I suppose, spent the money I and others gave him in the market. My cook had a brokerage account and followed the ticker closely. Her paper profits were quickly blown away in the gale of 1929."

Are we at the same fatal stage in the market today, when people who aren't expected to have stock tips have stock tips, including hot dog vendors, shoeshine boys, the homeless, pedicurists, barroom dancers, toll takers, and the trumpet player at the racetrack? Will stock prices fall off the cliff under the weight of enormous popularity?

A team of journalists (myself and reporter Melanie Warner) did an informal survey, with her in Manhattan and me at the other end of the East Coast, in Key West. She stopped the first cop she saw in Midtown and asked him for a stock tip. He said he owned Argentinian Telephone but couldn't recommend it, because in two years Evita Bell was off 35% and he was waiting for a rally so he could sell it. Otherwise, he's wary of stocks, but he did have a tip: Planet Hollywood, soon to be taken public. "I see all the people in there," he says, parroting a Peter Lynchism to buy where the crowd is thick. At this point we ask, Is it bad for equities when a cop who owns a stock he doesn't like recommends a stock he's afraid to buy?

At 51st and Broadway, Melanie encountered a Starbucks frothmeister in a dull moment between tall skinny decaf cappuccinos. She expected him to tip her off to Starbucks, but he didn't mention it. The last stock he owned was Amgen, which he got scared out of after two stock splits, although what was scary about a stock split he never explained. At the moment, his only exposure to equities is the Dreyfus Global Growth fund, so she was two for two with people invested abroad. Does this mean the end for the foreign markets?

The Starbucks guy finally did give a tip of sorts: a stock he wouldn't name. "It's a housewares company, but it isn't on the market yet, so I can't really talk about it," he said, sounding like a chastened Jeff Vinik.

A carpenter on a billboard crew dropped what he was doing to give a rundown on his portfolio: Pfizer, Intel, Disney, Morton International, GE, Olin Chemical, EuroDisney, and a few mutual funds. His one regret in the group is EuroDisney, down from $18 to $3. "My 8-year-old daughter might see a profit in that one, but I won't," he lamented.

The ID checker at a fitness club had sunk $5,200 in a Fidelity blue-chip fund with mediocre results. He also owns a little IBM, Coke, and U.S. Steel on the side, and he's looking at AT&T, Citicorp, and pharmaceuticals as potential buys. He thinks of the stock market as "almost like an ATM machine," which ought to ring Baruch's alarm bell, except that at the moment the ID checker is less than 100% bullish. He's bearish on high-tech stocks and Internet fads.

Finding a shoeshine boy on a corner proved impossible. Along with the paperboys, the shoeshine boys have been replaced by grownups who have moved the business indoors. Melanie tracked down a group of them who work the stirrups in a shoe repair shop. They had no stock tips. Even their agents who stand at the counter and handle the money had no stock tips. "We've got socks, not stocks," they told her. Only one man admitted to owning a mutual fund, and he said he sold out several years ago, just before the fund took off.

On the Key West pier, where vendors of all stripes assemble at sundown, stock tips were scarce. The biker with an iguana on his shoulder had no stock tip, nor did the juggler, the clown, the magician, the guy with three house cats, the earring vendor, or the snow cone salesman. The tarot card reader shook her head in bewilderment at the mention of Wall Street. The guy selling velvet sunset scenes had this advice: "Stay as far away from brokers as possible." I got a positive response from the proprietor of the Mail a Coconut booth, who said he was long technology stocks and got out with a big profit last December, about the same time the Fidelity Magellan fund was doing the same.

Based on our informal poll, the market has a way to go before everybody has a stock tip, although in New York City only the shoeshine people seem to lack one. The fact that Wall Street hasn't taken a shoeshine operation public is itself a sign that speculation is not as rampant as it could be. Still, we're a long way from 1982, when the Dow was below 1,000 and even the brokerage firms didn't have a stock tip.

Posts : 144
Equity Stars : 925
Reputation : 0
Join date : 2020-08-25
Location : Malabe
Your story i true.  But CSE has not yet come to that level.  May be your circle including gym instructor has been there in the scene for sometime  thats why they know it.

It will take at least another 6  months to come to that state.

Posts : 161
Equity Stars : 1310
Reputation : 0
Join date : 2019-11-13
Who says value investors are not doing well.  Value investors are sitting on great profit because they bought them well before others. Be a research man and invest in quality value and growth companies.
Important don'ts for investors, from Philip Fisher


Don't overstress diversification
Investment advisors and the financial media will say with the help of a catchy cliche: "Don't put all your eggs in one basket."
However, Fisher noted it becomes difficult to keep track of all your eggs(too many eggs)
Spend time thoroughly researching and understanding a company to make a meaningful investment.


Don't follow the crowd
On the flip side, searching in areas the crowd has left behind can be extremely profitable.


Don't quibble over eighths and quarters
After extensive research, you've found a company that you think will prosper in the decades ahead, and the stock is currently selling at a reasonable price.


Should you delay or forgo your investment to wait for a price a few pennies below the current price?
Reputed investor told the story of a skilled investor who wanted to purchase shares in a particular company whose stock closed that day at $120 per share.


The investor missed out on a tremendous gain in a vain attempt to save 50 cents per share.

However, the investor refused to pay more than $120. The stock never again sold at $120 and over the next 15 years, increased in value to more than $4000 per share.


The investor missed out on a tremendous gain in a vain attempt to save 50 cents per share.

All that is true. but I liked the quoted part above most

Infact currently there is a share trading at the exact same above 120 price in CSE and has a huge upward potential by all means of technical fundamentals and macro.
But ignored by many due to not not recognizing a cap gain as profit in statements.

If one is looking at long term, this will dictate the market in few years.
They have cash cows as well as new stars like Graphene batteries,  renewable energy which could explode within few years.

Look at their director board and mgt team, it being led by young and bright set of people.  True they dont give dividends, but why should we worry if they re invest profits in better ROI projects.

Don't buy this share for trading, buy this for long term investment.  and we cannot predict where is the limit is for them.  its not the cash flows generated from micro finance that will elevate them but their R&D with Slintec.


disclaimer:  I am not saying LOLC is Tesla

Mere Historical fundamental values cannot predict the behavior of a stock market.
Nothing is permanent in this world
Only time can tell you that. 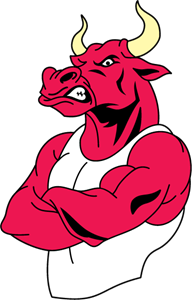 We are waiting for the confirmation about  Uber Drivers comment   from "Mr Teller " on his Utube very soon..

yes ppl r cconfirming about tomorrows rate cut today. Doesnt that fall under Inside trading if it realy happens tomorrow ? 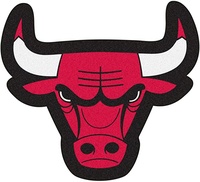 Quibit wrote:My Gym instructor advised me to sell all shares and invest in bitcoins.

he sounds likea better investment advisor than many brokers