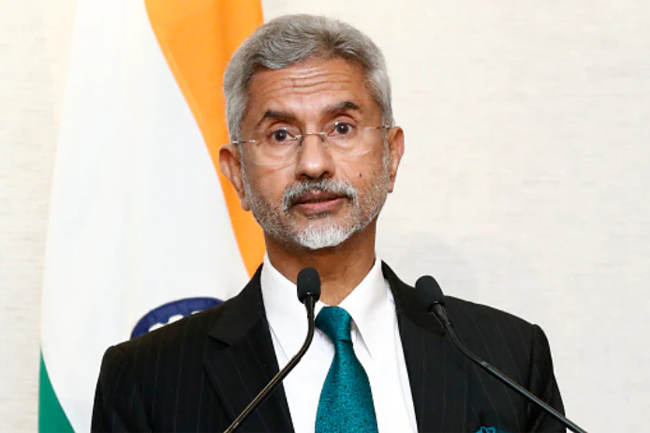 Recognising that “timing is key” for Sri Lanka as it tries to cope with a grave economic crisis, the Indian system is working “overtime” to expedite its assistance to the island nation, External Affairs Minister S. Jaishankar said on March 30, wrapping up his visit to the island nation.
“In a situation like this, things cannot be done at a normal pace. Everything must be fast-tracked. Our system is working overtime. What would have taken weeks earlier is now taking days,” he said, adding that the recently finalised Indian credit line of $1 billion for essential imports would be operationalised “very soon.”
Briefing Colombo-based Indian journalists ahead of his departure to New Delhi, the EAM — who was in Colombo to attend the Bay of Bengal Initiative for Multi-Sectoral Technical and Economic Cooperation (BIMSTEC) summit — said India may not be Sri Lanka’s top creditor but is the country’s closest neighbour.
“We are approaching it [Sri Lankan crisis] like a sensible, good neighbour, keeping politics out of it,” he said, pointing to the $400 million RBI currency swap, the $500 million loan deferment, $500 million credit line for fuel, and the more recent billion-dollar credit line that New Delhi has extended or facilitated this year.
“I can’t remember the last time we stepped up like this for any country. We have helped countries during natural disasters or the pandemic. But this is different,” he said, admitting Sri Lanka’s “needs are more.”
Recent bilateral agreements, including for private sector investment from India, had “strengthened Sri Lanka’s overall position,” Mr. Jaishankar observed. “That Sri Lanka’s closest neighbour is investing as much here is a statement in itself.”
Since January, India has signed several long-negotiated agreements, including the joint development of the Trincomalee Oil Tank Farms, and energy projects in the north and east to be set up by the National Thermal Power Corporation and the Adani Group.
The slew of agreements, which some commentators in Sri Lanka have linked to Indian financial assistance, suggests a shift from the time Mr. Jaishankar visited Sri Lanka last, in early 2021. The “slow-paced” progress in India-backed projects had dominated most discussions then. “Today there is a sense of collaboration and cooperation,” he said.
All the same, Sri Lanka’s political Opposition has questioned the Adani Group’s “backdoor entry” into the island’s energy sector, rather than through the competitive bidding process mandated by Sri Lanka’s energy laws.
Asked about the emerging criticism, Mr. Jaishankar said: “We [Indian government] don’t get into private sector investment here. The development of the Trincomalee Farms is based on an intergovernmental understanding. NTPC is a PSU. G2B (Government to business) is their [Sri Lanka’s] business. Maybe they’re looking to shore up investor confidence here,” he said.

During his visit, the EAM held talks with the Sri Lankan leadership, senior ministers and key members of the Opposition. While a “bulk” of his bilateral meeting with President Gotabaya Rajapaksa focused on the economy, several other matters of mutual interest were briefly discussed, the EAM said. This included the President’s account of his recent talks with the Tamil National Alliance (TNA), representing war-affected Tamils of the north and east. Later, a TNA delegation too briefed the visiting Indian official of the interaction.
“Four specific issues – the release of political prisoners, land, missing persons and development have come up in their discussion. These have concerned the Tamils for a long time now. Both sides have identified and agreed upon specific, actionable points. Since there is prospect of movement, we think it is a good idea to pursue those,” Mr. Jaishankar said.
“Action on these issues could have an impact on reconciliation and trust building. But that is not the end of the conversation,” he added, referring to the pending political solution.
India officially “welcomed” the talks in a statement on Monday.

Further, the Minister congratulated Sri Lanka for successfully hosting the BIMSTEC summit amid challenges of the pandemic. “After 25 years, the BIMSTEC charter is done, and there is a formal organisational structure now. This is important as SAARC is stuck because of Pakistan,” he said.
Members had also formalised a “master plan for connectivity,” he noted, terming the developments “a big step in improving the effectiveness and weight” of BIMSTEC.