» The war in Ukraine is no longer shocking the wheat market
by ResearchMan Today at 2:10 pm

» India raises import tax on gold to support rupee and amid trade deficit
by ResearchMan Today at 2:09 pm

» When will supply chain disruptions ease?
by ResearchMan Today at 9:57 am

FINANCIAL CHRONICLE™ » CORPORATE CHRONICLE™ » The untold story about the origin of the current economic crisis:
Tweet

The untold story about the origin of the current economic crisis: 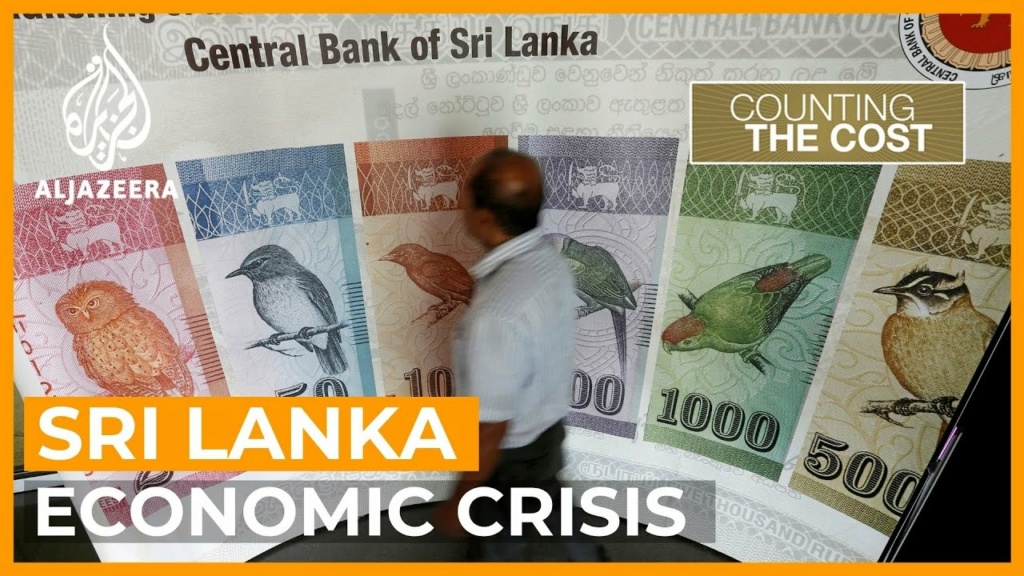 Under CB Governors Indrajith Coomaraswamy and Arjuna Mahendran, economic growth rate in Sri Lanka had gradually fallen from 7 percent to 2 percent during 2015-2019. Forex reserves had dropped by USD 1 billion despite the growth of foreign debt by a massive USD 15 billion.  The GDP had grown to only USD 84 billion, from USD 79 billion in 2014.

The foreign debt servicing payable per year had increased 400% from about USD 2 billion to USD 6 billion, under these Governorsoo. The Sri Lankan rupee had also depreciated to Rs.182 from Rs.131 against the USD.
Therefore, the already weakened Sri Lankan economy was not strong enough to withstand the effects of the pandemic. Thus, the Government and the Central Bank of Sri Lanka had to face the crisis by implementing various innovative methods and new ways.

As a result of the pandemic and the lockdowns and its aftermath, Sri Lanka had to allocate large amounts of money for vaccines and healthcare: a debt moratorium amounting to over Rs. 4,100 billion had to be given to the pandemic affected individuals and businesses. The loss of economic activities to the country, due to the lockdown amounted to more than Rs. 1,000 billion: the drastic decline in government revenue compelled the Central Bank to finance the government payments: the annual average foreign exchange inflows from tourism industry fell from USD 4.5 billion per annum to near-zero levels: there was a severe decline in forex remittances since mid-2021 due to the Hawala system being promoted by many groups: a steep increase was experienced in crude oil prices to USD 130 per barrel due to the war between Russia-Ukraine: and  inflation all over the world recorded its highest rates over the past four decades

Even more significantly, during the 5 years from 2015 to 2019, Sri Lanka’s external debt stock had increased by 65% from USD 23.4 billion to USD 38.7 billion, while International Sovereign Bonds outstanding (which is a form of commercial debt), had increased by 200% from a mere USD 5.0 billion to a staggering USD 15 billion. But the GDP increased only by a mere 6% from USD 79 to 84 billion.

This huge unfavorable build-up of the forex debt and debt servicing made it very challenging to meet the payments on account of debt servicing amounting to nearly USD 6 billion from 2019 onwards, although in  2014, it was only about USD 2.0 billion. If the economy, which was at USD 79 billion in 2014, had grown by 65% to around USD 131 billion by 2019, this challenge would not have been serious.  However, by 2019, the economy had grown only up to USD 84 billion and therefore, this repayment of foreign debt and debt servicing had become extremely challenging.

In any event, if at any time in the future, the Minister of Finance is of the opinion that any or all debt repayments due to be settled by the government of Sri Lanka should be stopped or restructured, he could advise the Cabinet of Ministers of such intention via a Cabinet Paper and have any or all debt repayments stopped or restructured, so that such decision could be taken by the Cabinet of Ministers. Until that decision is taken, it would be the responsibility of the Ministry  of Finance and the Central Bank to take every effort to make the  repayments of all Government debts falling due.

FINANCIAL CHRONICLE™ » CORPORATE CHRONICLE™ » The untold story about the origin of the current economic crisis: