Sri Lankan Prime Minister Ranil Wickremesinghe has been facing a tough situation ever since he assumed office earlier this month. His country is facing its worst economic crisis since independence, with soaring prices and dire shortages of fuel, food items and other necessities. However, this has not stopped the prime minister from making a quip that tourists “looking for an exciting time should come” to the country.

In an interview with Sky News, Wickremesinghe was asked if it was safe for tourists to visit Sri Lanka amid the ongoing economic and political turmoil. The prime minster replied that “those who want to have an exciting time should come here. Maybe they could take part in the demonstrations.” The Sri Lankan PM even joked that tourists could hold placards telling him or the country's President to go home.

While the interviewer did commend him for being “light-hearted” about the ongoing crisis in the country, he added that he had asked a serious question. He once again asked Wickremesinghe if he would encourage tourists to visit Sri Lanka right now.

The prime minister replied that while the government has not discouraged people from visiting, "we understand the shortage of foreign exchange and some of the demonstrations going on and the shortage of essentials that they may not visit Sri Lanka this time.”

The clip has grabbed eyeballs across the web and ignited a debate on whether it was appropriate for Wickremesinghe to joke about his country’s dire situation. 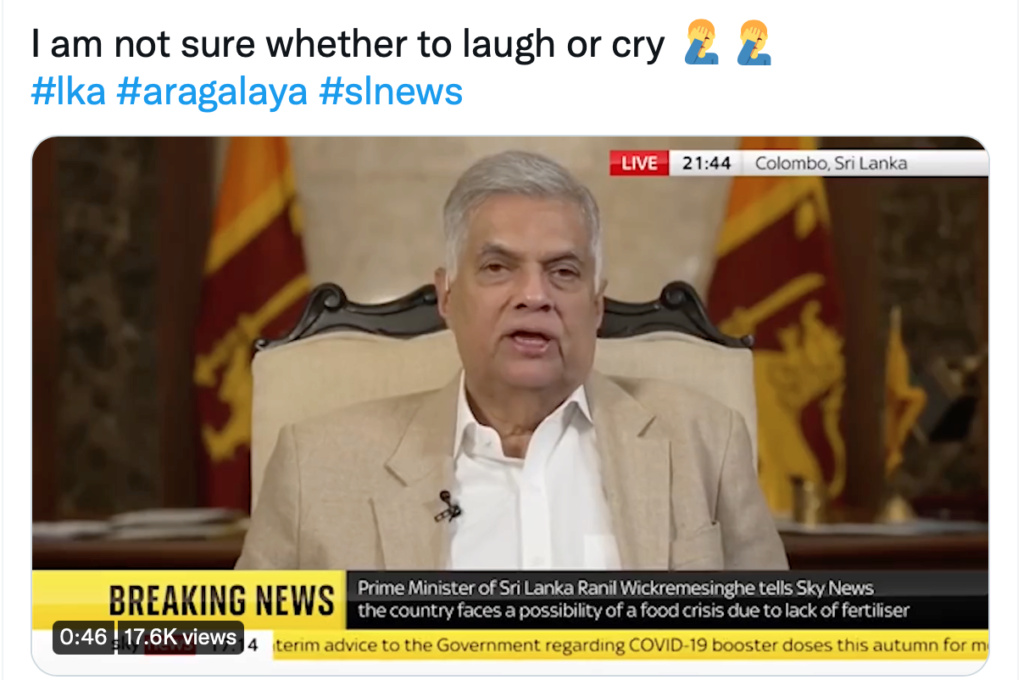 Several people felt that the quip made by the Sri Lankan prime minister was in bad taste.

Users also blasted the leader for not treating the question seriously.

However, some felt that the explanation given by Wickremesinghe was ‘balanced’.

Some people felt that it was a missed opportunity to draw attention towards Sri Lanka’s plight.

In the interview, Wickremesinghe also blamed the previous administration for the economic mismanagement of the country.

Sri Lanka has seen weeks of demonstrations against the ruling political class, particularly the Rajapaksa clan. After Mahinda Rajapaksa stepped down as the Prime Minister in early May, his brother, and the country's president, Gotabaya Rajapaksa appointed Wickremesinghe to the post.