Prices are going up, and CEOs are making out like bandits

Prices are going up, and CEOs are making out like bandits 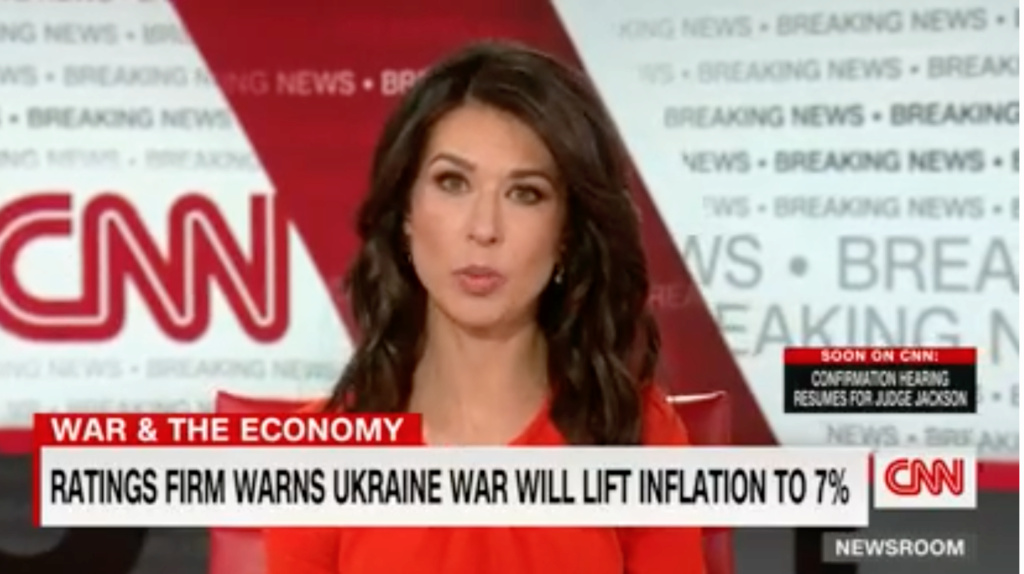 New York (CNN Business)Inflation is eating into everyone's paycheck — unless you're a CEO.

]Prices are going up just about everywhere, and corporations have been quick to blame those hikes on the cost of doing business, with labor and materials prices going up because of Covid-fueled supply issues and Russia's invasion of Ukraine. And while compensation for American workers
climbed 4% last year, the biggest increase since 2001, you're paying a lot more for stuff: When adjusted for inflation, wages and salaries actually fell 2.4%.

Meanwhile, CEOs are making out like bandits. In some ways, they've got us to thank for it.

During the first year of the pandemic, CEO pay
jumped 19% — even as many of their businesses ground to a halt, according to the Economic Policy Institute, a left-leaning think tank.

It's safe to say CEOs are more than keeping up with inflation. Corporate profits have skyrocketed, and demand for goods and services has remained strong even as prices have climbed. Frustration is building, however: Consumer sentiment this month slumped to its lowest level since 2011.

Executive compensation is always top tier, of course, but the difference now is that consumers are having to take it on the chin while the top brass get wealthier and profit margins get fatter.[/size][/size]

Corporations know they can get away with more price hikes, in part because the idea of inflation has settled into shoppers' collective psyche. We expect to pay more, and we keep buying because our paychecks are a bit higher.

But as price increases continue, "I think it'll be startling for people when they learn more about how CEOs are really profiting — and profiteering — off of it," said Sarah Anderson, program director for the Global Economy Project at the Institute for Policy Studies.

It pays to be rich

One oft-cited example is Chipotle, which has raised prices on consumers 10% over the past two years, even as profits have soared.
The chain's CEO, Brian Niccol, made $38 million in 2020 — 2,898 times more than the median store-level employee. (The more typical CEO-to-worker ratio last year was 350 to one.)
Representatives for Chipotle didn't immediately respond to a request for comment, but a spokesperson told Newsweek last year that the compensation package was "based on a competitive analysis of CEO pay levels within our peer group and is designed to pay for performance."
Starbucks has also been called out for hiking prices even as its profits soared more than 30% last year. Outgoing CEO Kevin Johnson also received a nearly 40% boost in compensation, totaling more than $20 million, compared to the year before.

A Starbucks representative sought to distinguish between menu prices and executive pay as "two completely different topics," noting that the latter is determined by the board of directors.

"Our executive compensation program is structured to closely align with our business purpose and commitment to shareholder value creation," the representative said in an emailed statement. As for menu prices: "There are many factors that contribute to our thoughtful pricing strategy, which factors in the increasing inflation rate of 7% as well as wages, customer demand and other costs."

Corporate boards decide executive pay, which is a mix of salary, bonuses and other benefits tied to various financial goals. But these boards are often stacked with executives or former executives from other companies who benefit from the system. Critics of excessive executive pay often note those shareholders are unlikely to rock the boat, especially when profits are soaring.

"Despite all research to the contrary, there's a view that the guy in the corner office is almost single-handedly responsible for the value of the company," Anderson said. "And so you've got to do whatever you can do to keep him happy and make sure he doesn't leave."
Share this post on: