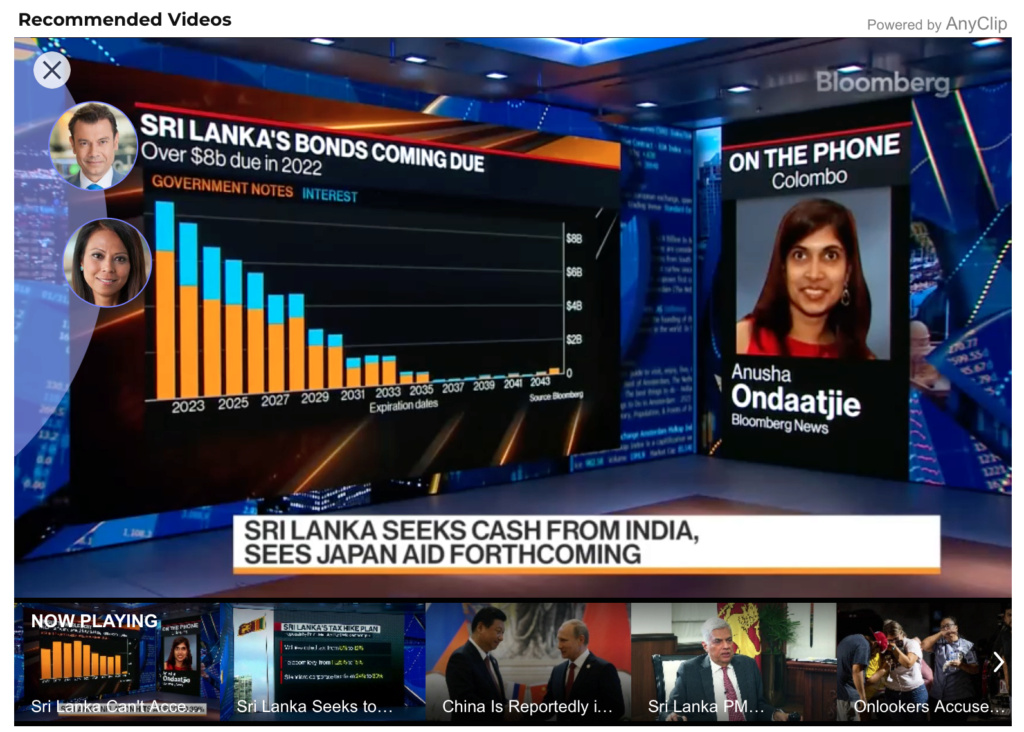 Sri Lanka may be compelled to buy more oil from Russia as the island nation hunts desperately for fuel amid an unprecedented economic crisis, the newly appointed prime minister said.

China Is Reportedly in Talks With Russia To Buy Oil for Strategic Reserves
Onlookers Accuse Police of Failing To Take Action To Stop Texas School Shooting
Prime Minister Ranil Wickremesinghe said he would first look to other sources, but would be open to buying more crude from Moscow. Western nations largely have cut off energy imports from Russia in line with sanctions over its war on Ukraine.

In a wide-ranging interview with The Associated Press on Saturday, Wickremesinghe also indicated he would be willing to accept more financial help from China, despite his country’s mounting debt. And while he acknowledged that Sri Lanka’s current predicament is of “its own making,” he said the war in Ukraine is making it even worse — and that dire food shortages could continue until 2024. He said Russia had also offered wheat to Sri Lanka.

Wickremesinghe, who is also Sri Lanka’s finance minister, spoke to the AP in his office in the capital, Colombo, one day shy of a month after he took over for a sixth time as prime minister. Appointed by President Gotabaya Rajapaksa to resolve an economic crisis that has nearly emptied the country’s foreign exchange reserves, Wickremesinghe was sworn in after days of violent protests last month forced his predecessor, Rajapaksa’s brother Mahinda Rajapaksa, to step down and seek safety from angry crowds at a naval base.

Sri Lanka has amassed $51 billion in foreign debt, but has suspended repayment of nearly $7 billion due this year. The crushing debt has left the country with no money for basic imports, which means citizens are struggling to access basic necessities such as food, fuel, medicine — even toilet paper and matches. The shortages have spawned rolling power outages, and people have been forced to wait days for cooking gas and gasoline in lines that stretch for kilometers (miles).

Two weeks ago, the country bought a 90,000-metric-ton (99,000-ton) shipment of Russian crude to restart its only refinery, the energy minister told reporters.

Wickremesinghe did not comment directly on those reports, and said he did not know whether more orders were in the pipeline. But he said Sri Lanka desperately needs fuel, and is currently trying to get oil and coal from the country’s traditional suppliers in the Middle East.

“If we can get from any other sources, we will get from there. Otherwise (we) may have to go to Russia again,” he said.

Officials are negotiating with private suppliers, but Wickremesinghe said one issue they face is that “there is a lot of oil going around which can be sourced back informally to Iran or to Russia.”

“Sometimes we may not know what oil we are buying,” he said. “Certainly we are looking at the Gulf as our main supply.”

Since Russia’s invasion of Ukraine in late February, global oil prices have skyrocketed. While Washington and its allies are trying to cut financial flows supporting Moscow’s war effort, Russia is offering its crude at a steep discount, making it extremely enticing to a number of countries.

Like some other South Asian nations, Sri Lanka has remained neutral on the war in Europe.

Sri Lanka has received and continues to reach out to numerous countries for help — including the most controversial, China, currently the country’s third-largest creditor. Opposition figures have accused the president and the former prime minister of taking on a slew of Chinese loans for splashy infrastructure projects that have since failed to generate profit, instead adding to the country’s debt.

Critics have also pointed to a beleaguered port in the hometown of then-President Mahinda Rajapaksa, Hambantota, built along with a nearby airport as part of China’s Belt and Road Initiative projects, saying they cost too much and do too little for the economy.

“We need to identify what are the projects that we need for economic recovery and take loans for those projects, whether it be from China or from others,” Wickremesinghe said. “It’s a question of where do we deploy the resources?”

The prime minister said his government has been talking with China about restructuring its debts. Beijing had earlier offered to lend the country more money but balked at cutting the debt, possibly out of concern that other borrowers would demand the same relief.

“China has agreed to come in with the other countries to give relief to Sri Lanka, which is a first step,” Wickremesinghe said. “This means they all have to agree (on) how the cuts are to take place and in what manner they should take place.”

Sri Lanka is also seeking financial assistance from the World Food Programme, which may send a team to the country soon, and Wickremesinghe is banking on a bailout package from the International Monetary Fund. But even if approved, he doesn’t expect to see money from the package until October onwards.

Wickremesinghe acknowledged that the crisis in Sri Lanka has been of its “own making.” Many have blamed government mismanagement, deep tax cuts in 2019, policy blunders that devastated crops and a sharp plunge in tourism due to the coronavirus pandemic. But he also stressed that the war in Ukraine, which has thrown global supply chains into a tailspin and pushed fuel and food prices to unaffordable levels, has made things much worse.

“The Ukraine crisis has impacted our ... economic contraction,” he said, adding that he thinks the economy will shrink even further before the country can begin to recoup and rebuild next year.

“I think by the end of the year, you could see the impact in other countries” as well, he said. “There is a global shortage of food. Countries are not exporting food.”


In Sri Lanka, the price of vegetables has jumped threefold while the country’s rice cultivation is down by about a third, the prime minister said.

The shortages have affected both the poor and the middle classes, triggering months of protests. Mothers are struggling to get milk to feed their babies, as fears of a looming hunger crisis grow.

Wickremesinghe said he felt terrible watching his nation suffer, “both as a citizen and a prime minister.”

He said he hasn’t ever seen anything like this in Sri Lanka — and didn’t think he ever would. “I have generally been in governments where I ensured people had three meals and their income increased,” he said. “We’ve had difficult times. ... But not like this. I have not seen ... people without fuel, without food.”

Copyright 2022 The Associated Press. All rights reserved. This material may not be published, broadcast, rewritten or redistributed.