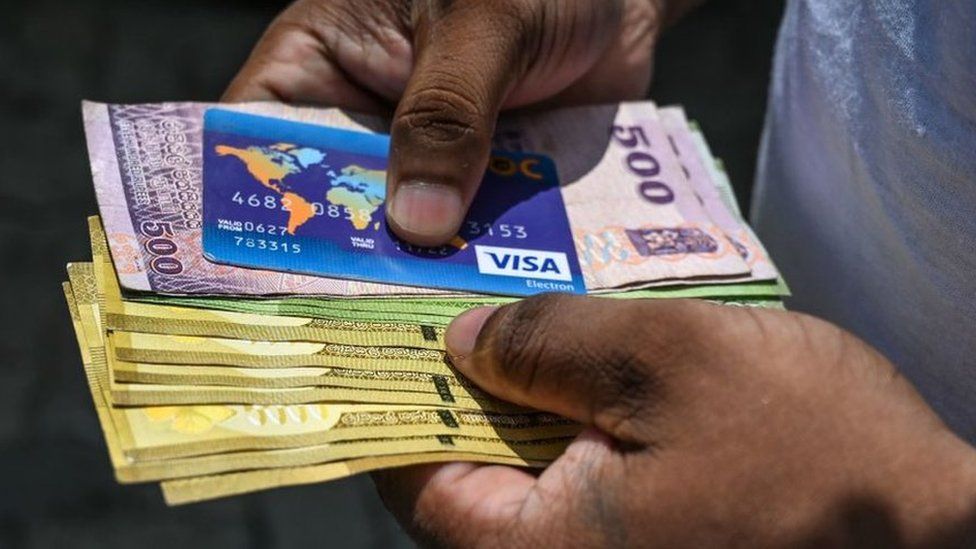 By 12th June 2022, it will be 2 months from the time Finance Minister Ali Sabry and Governor Nandalal Weerasinghe hastily announced a Forex debt default (without prior Cabinet and/or Parliament discussion or approval) while sugar-coating the highly damaging and controversial exercise by saying it's a "soft" debt standstill.

From then onwards, Sri Lanka's economic and social pains have been increasingly exacerbated and everyone now realises that the country is presently gripped with the repercussions of a "hard" default.

However, so far, after 2 months into the default, there is NO timeframe set for restructuring, NO loan settlement proposals, NO restructuring conditions announced for the creditors' consideration,  NO macro-economic or fiscal targets set for debt sustainability, NO bilateral funding support received from any other multi-lateral institution, and NO tangible financial assistance forthcoming from any other country as "bridging finance". It's only the steps taken by the previous authorities that are being pursued by the Governor and the Treasury Secretary to secure any bridging finance.

Meanwhile, as is well known, after the sovereign forex loans were defaulted, the credibility of the country has been lost. The country’s international credit rating has been slashed. Foreign direct investments and forex loans have stopped. The country has lost access to international capital markets for many years to come. Local Banks find it almost impossible to open letters of credit and carry out forex transactions. Forex funding of local banks have been curtailed by international lenders. Forex-funded infrastructure projects have stopped. Certain forex creditors and bond holders are reportedly getting ready to file legal action to recover their dues. Some Forex creditors are also reportedly calling for the re-structure of local debt, which, if done, could lead to serious socio-economic repercussions. Thousands of small and medium sized entrepreneurs are facing the risk of collapse. Hundreds of thousands of livelihoods are in jeopardy. Inflation is escalating to unbearable levels. Interest rates have risen sharply. Issue of Treasury Bills to the Central Bank (money printing) has increased significantly. The LKR is losing value. The Government’s local currency payments, including salary and pension payments are being stressed, more than ever before. Food, fuel, medicine, gas, and electricity shortages are occurring very frequently, with no solution in sight. All normal living conditions are being threatened and/or interrupted, with signs of the situation getting much worse.

That is the mess that the "debt default" has put Sri Lanka into. In fact, after the default, Sri Lanka is the pariah of the financial world, with Sri Lankan banks being unable to even open a simple letter of credit for 100,000 US dollars.

It's time to deal with this debt default crisis as the country's highest priority and deal with it in a PRACTICAL manner, as the fate of the nation depends on resolving this crisis VERY SOON. Impractical and theoretical lectures and pathetic blame-games by pompous 'Doctors' who have placed the country at this grave risk, will not work, as already proved by them at the ground level.

It's also time to investigate the actions and the motives of the persons who advised the President to take this suicidal path of debt default, particularly the actions and motives of Ali Sabry and Nandalal Weerasinghe, who have to explain their actions which have pushed Sri Lanka into a new and irrecoverable economic abyss. The duo will need to explain first, as to why they announced the debt default without making arrangements to secure the payment of just USD 78 million on 18th April 2022 to the China Development Bank, and second, as to why they did so on 12th April 2022, even as Sri Lanka's envoy in China Dr Palitha Kohona was confirming to Bloomberg that Sri Lanka was on the verge of securing a loan of USD 1 billion and a trade facility of USD 1.5 billion from China.

In these circumstances, the action of default by Ali Sabry and Weerasinghe is surely the most irresponsible and reckless action ever taken by any public officer in independent Sri Lanka, which should be investigated very soon at the highest level.