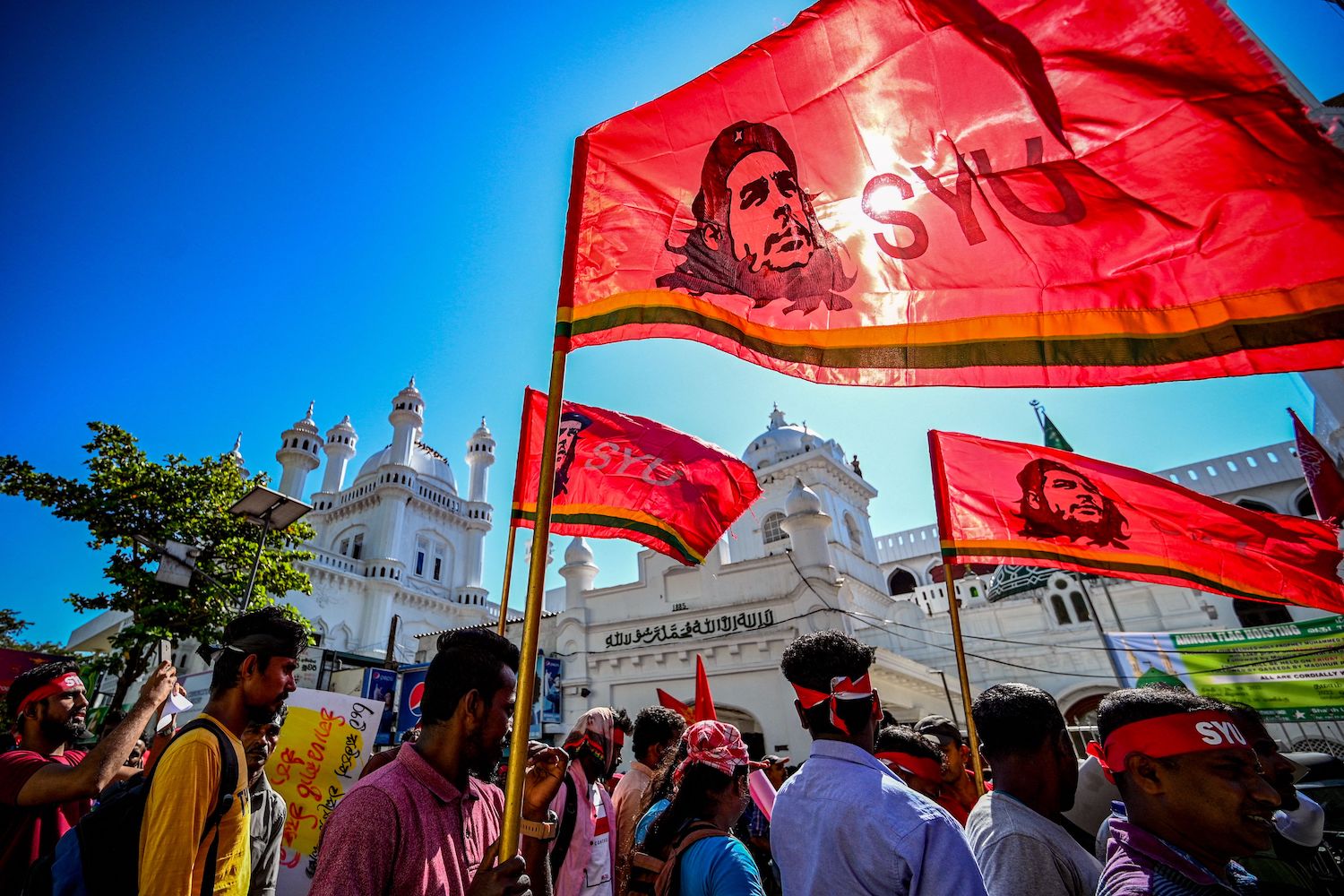 Sri Lanka has suffered through one of the world’s worst economic crises for most of the year, marked by soaring inflation, food and fuel shortages, and low supplies of foreign reserves. In April, Sri Lanka defaulted on its foreign debt. This economic stress prompted mass protests and a political crisis that came to a head in July, with then-President Gotabaya Rajapaksa briefly fleeing the country. Many Sri Lankans blame the Rajapaksa family for the economic mismanagement that produced the current crisis.

In recent weeks, Colombo’s new government has settled in and received help from bilateral and multilateral donors. Despite this aid, Sri Lanka’s economy continues to sputter, and core public grievances remain unresolved. The country still seems like a powder keg—susceptible to more mass protests—particularly if the public faces new austerity measures.

Since Sri Lanka’s economic crisis began, it has received emergency assistance from Japan, a currency swap offer from Bangladesh, and humanitarian aid from the European Union. The United States announced last month that its total assistance to Sri Lanka during its crisis had exceeded $90 million. The World Bank has repurposed funds from current financing projects to provide essential goods. And in September, Colombo reached a preliminary agreement with the International Monetary Fund (IMF) on a $2.9 billion assistance package.

Sri Lanka has also benefited economically from regional rivals China and India jockeying for influence in the country, even if Colombo would want to avoid getting dragged into their competition. India has provided nearly $4 billion in assistance and is negotiating a future debt restructuring plan and a credit line of $55 million for badly needed imports of fertilizer. Meanwhile, China and Sri Lanka have begun debt-restructuring talks, an important step toward finalizing the IMF deal.

China has also moved closer to concluding a new free trade agreement with Sri Lanka. Admittedly, the two sides may still have a long way to go: Discussions have been ongoing since 2014.

Making matters worse, the IMF package won’t be finalized until the fund’s executive committee approves it—and that may not happen until December. If the deal is finalized, that will mean more austerity measures. Although it praised Sri Lanka for its recovery efforts this week, the World Bank hasn’t announced any new assistance. In May, it said fresh financing would be offered only when an “adequate macroeconomic policy framework is in place.”

Since President Ranil Wickremesinghe took office in July, Sri Lanka’s political crisis has eased. He was sworn in after a secret parliamentary vote appointing him to serve out Gotabaya Rajapaksa’s remaining term. But the protesters haven’t gotten what they wanted: a government free from the Rajapaksas’ influence. Wickremesinghe is widely seen as close to the family, and most of his cabinet ministers also served in the previous government. (Gotabaya Rajapaksa himself quietly returned to Sri Lanka a month ago, despite how radioactive he has become.)

Anticipating more unrest, Wickremesinghe has imposed restrictions on protest in recent weeks, but such moves have only provoked public demonstrations. Sri Lankans have many reasons to come back to the streets: continued economic stress (which could worsen if fresh austerity measures are implemented), anger about an unelected government with close ties to the Rajapaksas, and demands for Sri Lanka to file criminal charges against Gotabaya Rajapaksa—an unlikely prospect as long as his allies remain in power.

Ideally, the assistance Sri Lanka has received so far will eventually buy it more time to pursue other stopgaps, such as debt relief measures and additional aid packages. More relief could come with global oil prices falling—although the OPEC+ group agreed to cut oil production and shore up prices this week—and if a tamed COVID-19 pandemic boosts tourism, which in previous years constituted as much as 12 percent of Sri Lanka’s GDP. Still, many Sri Lankans won’t be appeased until elections take place—and Wickremesinghe is serving out a term that doesn’t end until November 2024.