First Capital forecasts BoP surplus by 2023 end with forex reserves at US$ 3.5bn

First Capital forecasts BoP surplus by 2023 end with forex reserves at US$ 3.5bn

Colombo-based research house First Capital Research (FCR) said Sri Lanka would be able to cut its Balance of Payment (BoP) deficit to roughy a quarter of last year’s levels by the end of 2022 before flipping into a surplus next year on gradual recovery in external sector conditions supported by the narrowing trade deficit, other services inflows and unlocking of multilateral and bilateral funding.

Sri Lanka also may not have much foreign debt repayments to be made in the near term until it negotiates deferred repayment schedules with its creditors, relieving near to short-term pressures on the country’s BoP.

In its mid-year outlook report titled ‘The Sri Lankan Resurgence’, the research house projected the BoP deficit to fall to US$ 1,102 million by the year’s end from a record US$ 3,935 million reached in 2021.

Analysts at FCR also expect the BoP to return to a surplus by the end of 2023 with a balance of US$ 1,365 million, assuming the persistent strict import controls through 2023 and gradually improving services and financial account flows alongside the International Monetary Fund (IMF) fund deal activation.
FCR expects Sri Lanka would start receiving the first tranche of the US$ 2.9 billion four-year IMF arrangement from January next year upon receiving the Executive Board approval for the staff-level agreement around the same month, although it remains highly contingent on Sri Lanka’s ability to restructure debt.

Board approval for the IMF deal would unlock a broader set of multilateral and bilateral sources for the country to access foreign funds in excess of the funds that will come from the IMF itself helping to alleviate the acute hardships faced by the public due to controls on imports.

FCR also expects some possible relaxation in import restrictions by mid 2023 should the inflows start coming in as envisaged, causing the trade deficit to somewhat expand.

FCR analysts forecast a cumulative trade deficit of US$ 6,632 million for 2022 and US$ 7,627 million for 2023. President and Finance Minister Ranil Wickremesinghe a fortnight ago said the government aims to access up to US$ 2.0 billion from multilateral sources such as the World Bank and the Asian Development Bank.

Meanwhile, FCR also projects a gradual recovery in worker remittances and tourism inflows, the two largest service inflows to the country.  Sri Lanka could end up receiving US$ 3,849 million in remittances in 2022, a 10-year low before increasing to US$ 5,773 million in 2023, FCR forecasts.

The research house expects these inflows combined with the narrowed trade deficit and the suspended debt repayments to help the Central Bank to rebuild its foreign currency reserve buffer to US$ 3.5 billion by the end of 2023 from an estimated US$ 2.0 billion by the end of 2022.
​
​​​​​​​https://www.dailymirror.lk/business-news/First-Capital-forecasts-BoP-surplus-by-2023-end-with-forex-reserves-at-US-3-5bn/273-247208
Share this post on:

Re: First Capital forecasts BoP surplus by 2023 end with forex reserves at US$ 3.5bn 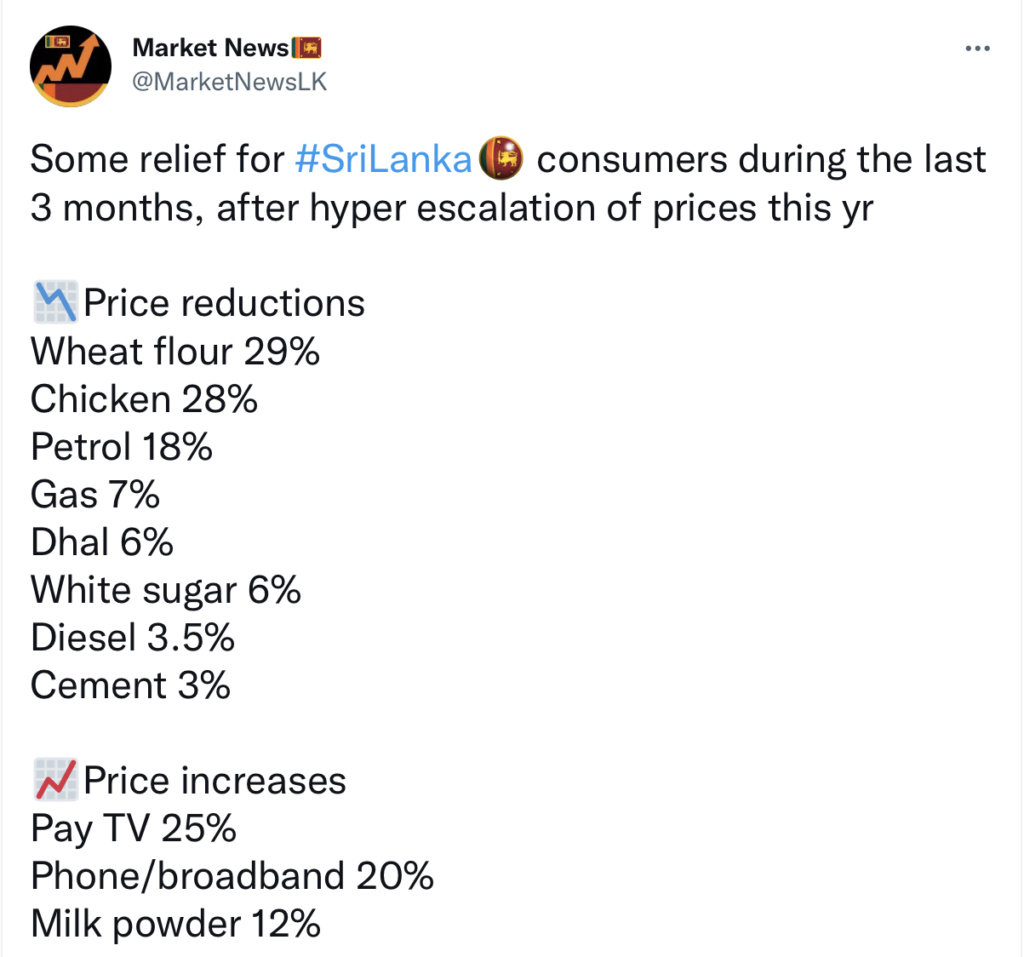