The Company’s net assets stand at LKR (341,329,000) which is below the 50% of its stated capital. This situation has triggered a serious loss of capital as at 30th September 2022 in terms of section 220 Of the Companies Act No 07 of 2007. The Board of Directors has paid much attention to this matter subsequent to the balance sheet date and subsequent to a preliminary discussion with the auditor and the Indipendent consultants of the Company have identified assets wherein the company holds a minority stake that could be liquidated in order to restructure the balance sheet. Consequently the Directors have had discussion with owners of the majority stake of the identified assets who in principle are willing to exercise their first right of refusal subject to an independent valuation and board approvals. Information gathering to facilitate the independent valuation is in progress. The Board expects, once substantial information is available, to provide a plan in terms of section 220 Of the Companies Act No 07 of 2007 to the shareholders of the Company. 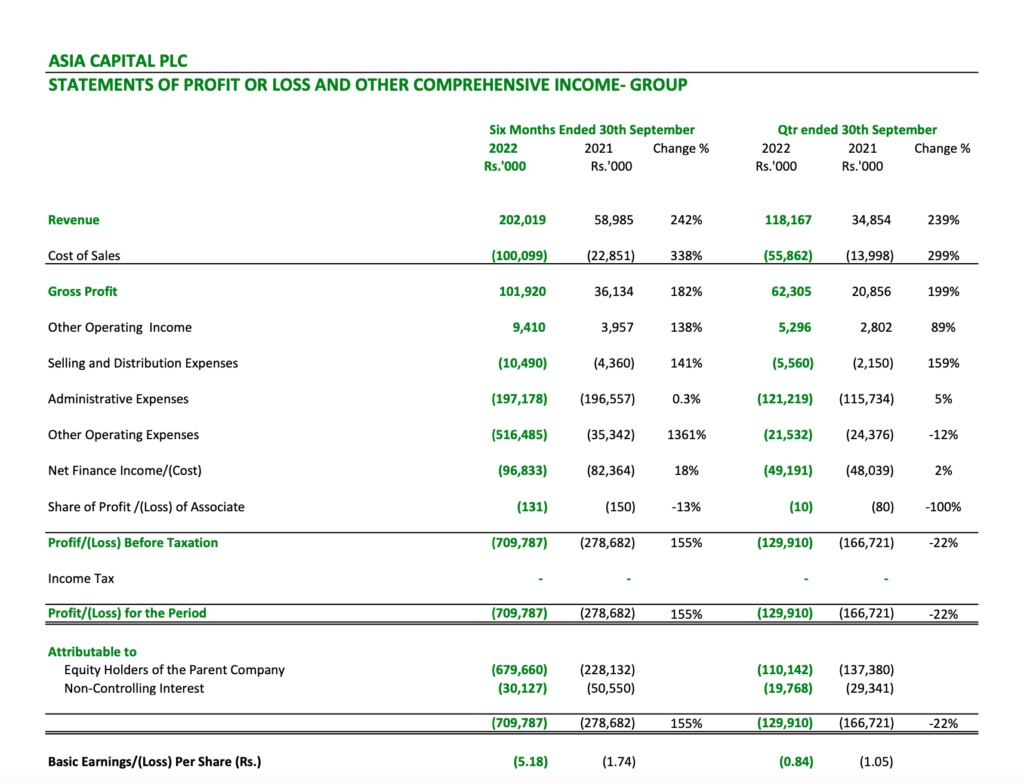 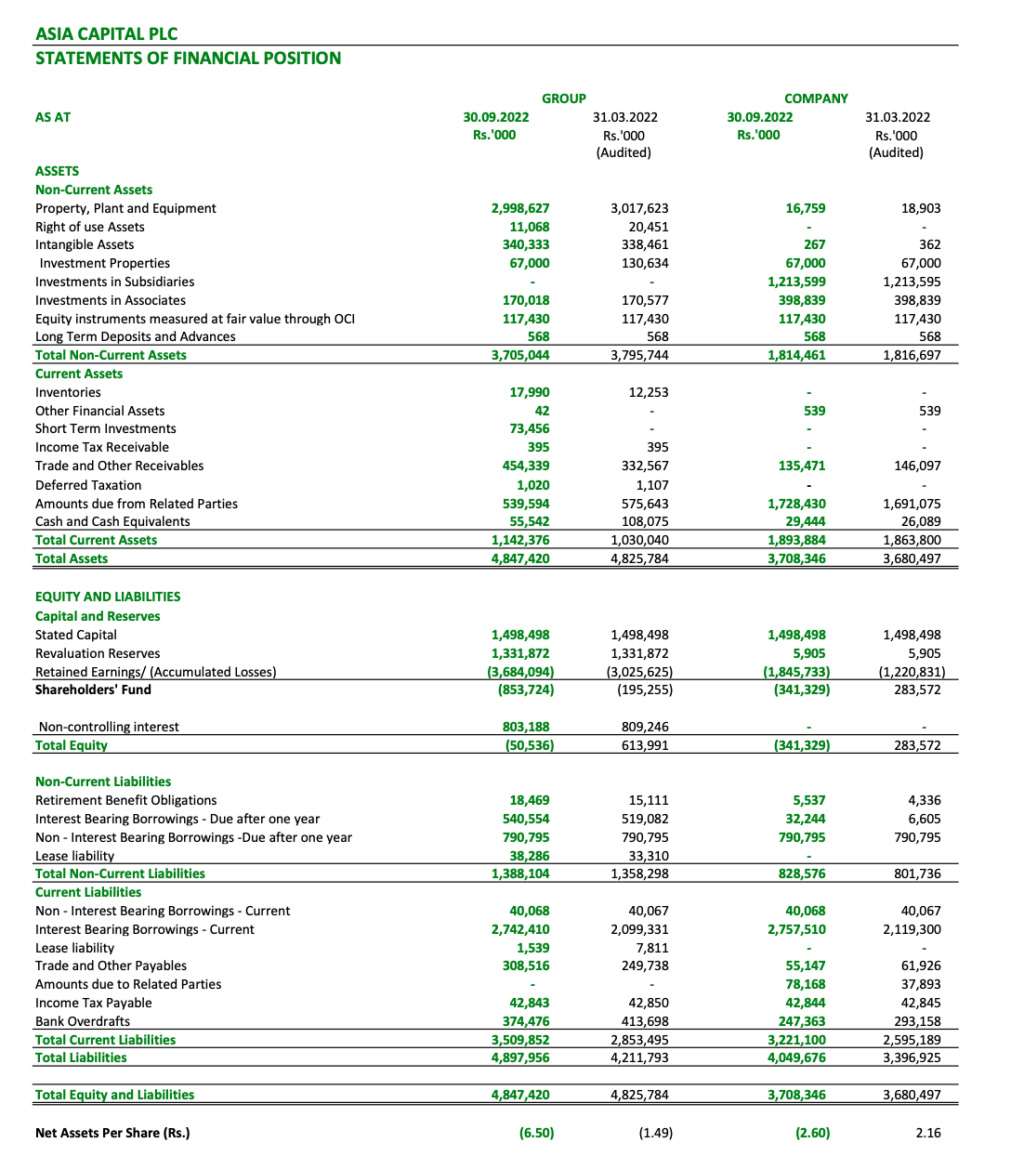 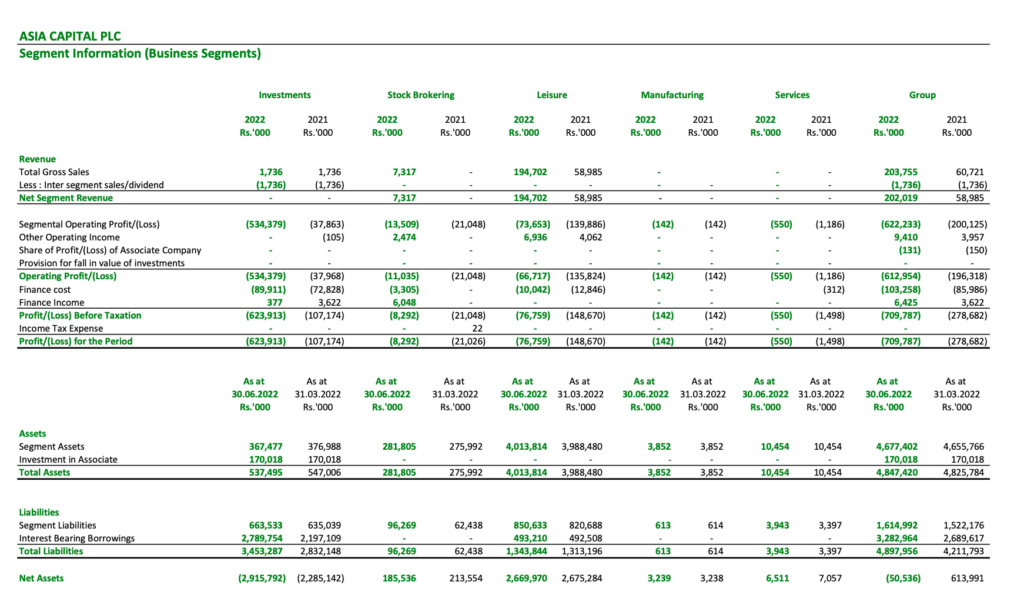 Meanwhile the Seylan Bank PLC the largest lender and bankers to Asia Capital have notified its intention to initiate parate action and to force sale the assets to recover loans which has been outstanding and in non performing category for considerable period of time. As per the latest financial statement release by the Asia Capital, the total interest bearing loans amounts to LKR 1.4 billion of which approximately LKR 1 billion due to the Seylan Bank. Directors of the company have been reported to the CRIB.

Further according to the latest financial statement released by Asia Capital to the CSE the company is facing severe liquidity crisis as the shareholders funds have depleted to a level below the statutory level required to pass the solvency test as per the companies act of Sri Lanka. According to sources Asia Capital is seeking loans from its major shareholders to remain liquid and to meet its day to day operational expenses. 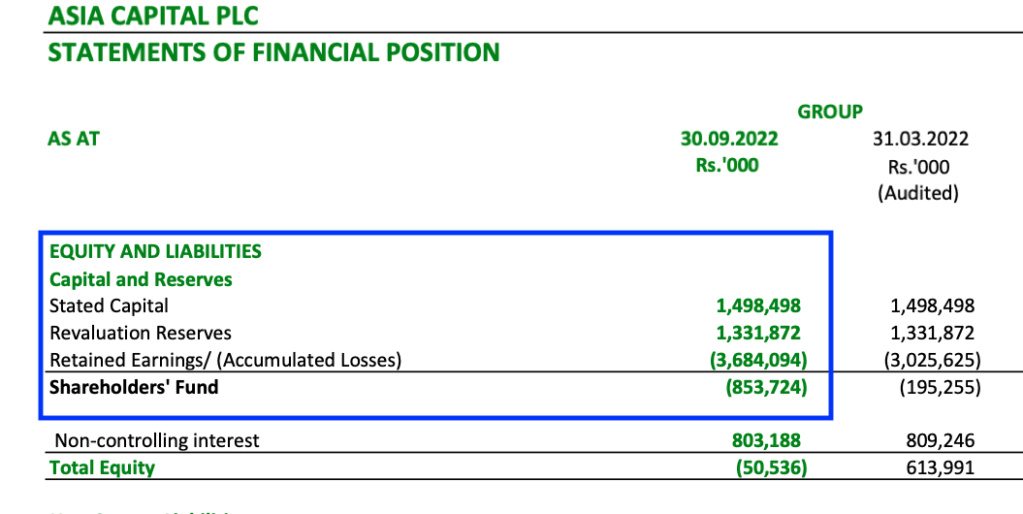 The new Companies Act No. 7 of 2007 brought into existence the solvency test into the legal framework of Sri Lanka. This is to be met in a variety of corporate procedures and requires companies to satisfy two tests to be classed as being solvent; the first is the “cash flow” test or trading solvency. The second test is  ̳assets test‘ or balance sheet solvency, namely that the assets of a company must be greater than its liabilities.

Asia Capital PLC share is currently trading around LKR 4/= where as the Net Asset Value (NAV) of the group as at 30th September 2022 is stated at negative LKR 6.50 per share. Proposed settlement with Japanese by transfer of assets amounting to US$ 7.2mn is likely to result in negative asset value and possible bankruptcy unless company take immediate action to infuse further equity. 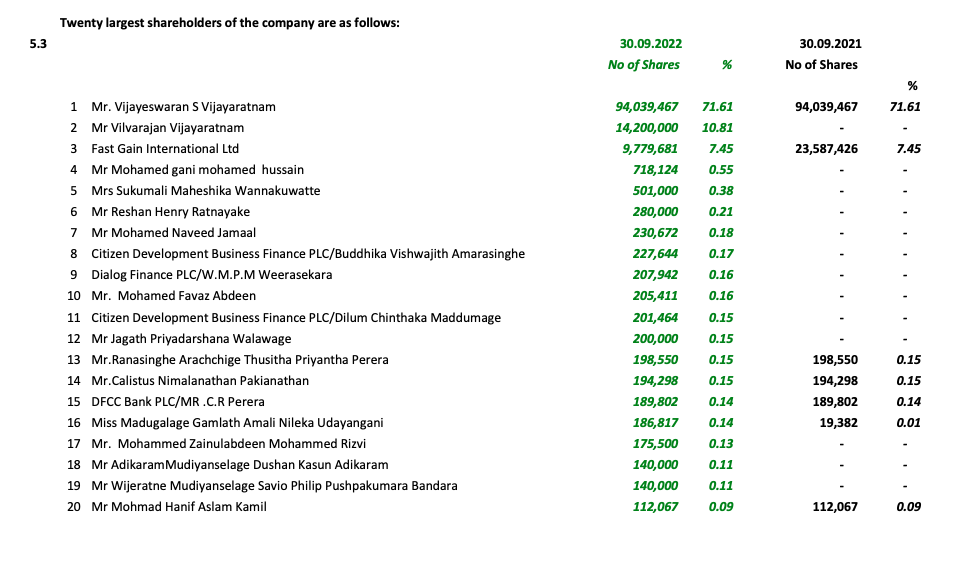 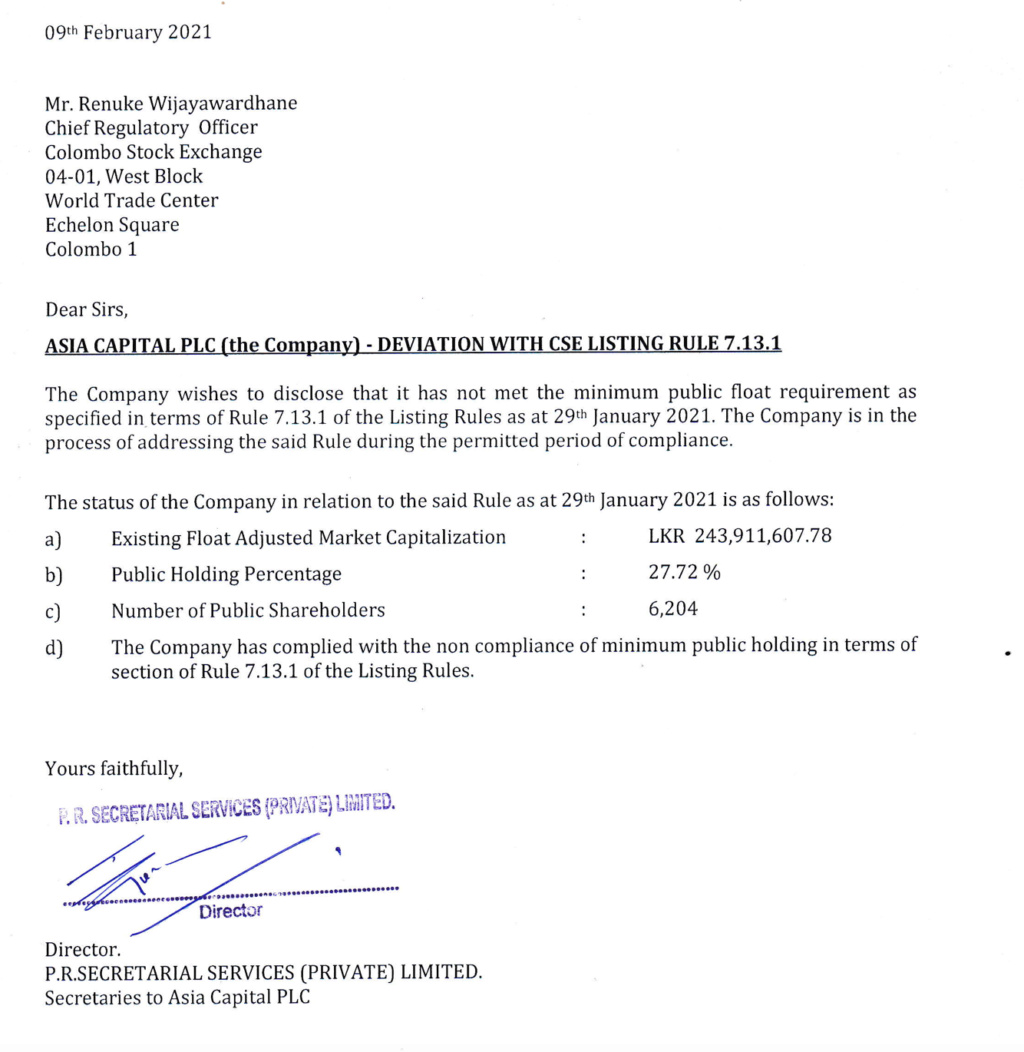