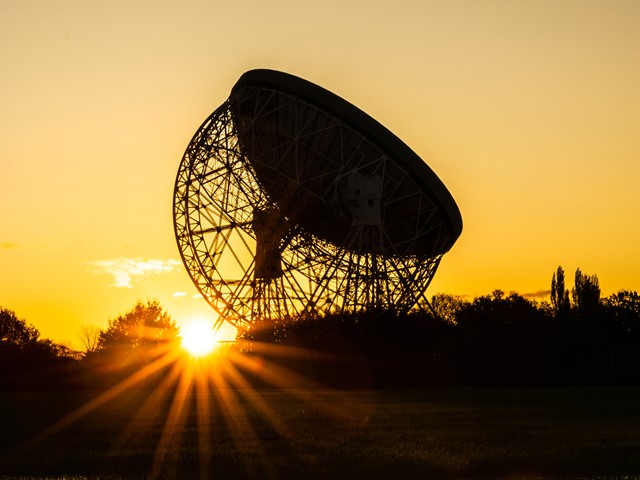 Sri Lanka Telecom (SLT) has invested in excess of LKR 35.5bn in property plant and equipments during last 9 months ended 30th Sep 2022, whilst net cash generated from operation was only LKR 28.8bn. This indicate that SLT has spent all but considerable amount of cash generated from the operations in purchasing assets to upgrade and maintaining its network.

Key investments planned for 2022 included the optical fibre network, 4G network expansions with 5G capabilities along with Mobitel, international cables, multi- cloud platform expansions and carrier neutral data centres. The Company is also pursuing opportunities to unlock the value of its extensive landbank, through monetising these assets to fund expansion of the core business. 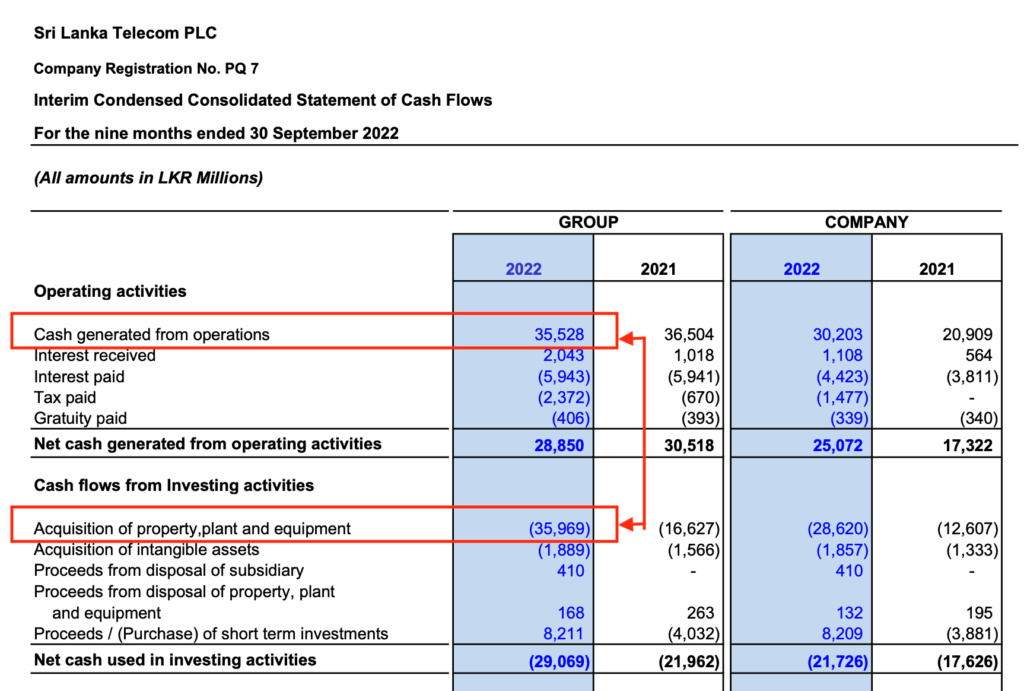 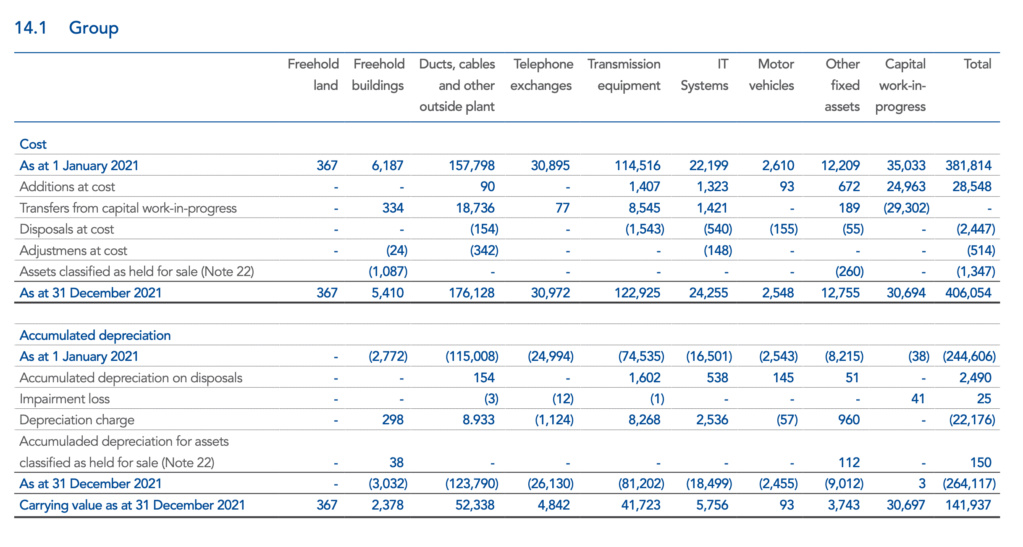 Despite the uncertainty and turbulence that prevailed throughout the year, the Group adopted a long-term view to value creation, continuing to direct investments towards enhancing technology, connectivity and capacity. Key investments made during the year included expansion of the FTTH network, aligned with our aspirations of providing premium fibre broadband technology to 2 million households by 2023. To date over 65,000km of fiber has been laid out, with a further 5000km expected in 2022.

The Group also invested in new data centres and multi- cloud platforms during the year. Increased migration to cloud-based platforms and multimedia consumption led to unprecedented demand for bandwidth, which in turn required continued investments in expanding the core, broadband and IP networks. Given the increased demand on the international network, SLT also expanded its global footprint, which is facilitated through  submarine and undersea fibre optic cable systems. Through these investments, SLT hope to offer holistic services across all industry verticals and customer segments, including B2B, B2C and B2G.

SL to raise $ 8 bln by selling valuable assets
The Government is hoping to raise US$8 billion from the lease or sale of valuable public assets to bolster rapidly dwindling foreign reserves, the report of a newly-appointed economic advisory committee has revealed.

Arrangements have been made to hand over the Colombo North Port Development Project for an investment of $600 million while Colombo Port City lands will be leased out at a total of $4 billion.

Accordingly, Sri Lanka Ports Authority has planned to do a feasibility study for the Colombo North Port Development Project focused on expanding capacity of container handling while serving all other port services expected from industry.

Further shares of Sri Lanka Telecom will be sold at a price of $500 million and Sri Lanka Insurance Corporation shares for $300 million.

Divestment of non-strategic state-owned assets has been suggested as a part of the government’s multi-pronged plan in the short-term to improve their operational and financial efficiency while increasing the country’s reserves position.

Restructuring/Sale of Sri Lanka Telecom
Yesterday, in Parliament he presented the 77th budget of independent Sri Lanka for the year 2023. “The urgency of restructuring the most fiscally significant State-owned enterprises (SOEs) was reiterated several times during the last six months.” As committed to in the interim budget, a unit has now been established at the Ministry of Finance with the specific task of restructuring SOEs.

“Initially, measures will be taken to restructure Sri Lankan Airlines, Sri Lanka Telecom, Colombo Hilton, Waters Edge, and Sri Lanka Insurance Corporation (SLIC) along with subsidiaries, the proceeds of which will be used to strengthen the foreign exchange reserves of the country and strengthen the rupee,” he said.

As a result, a government official stated that the government intends to collect between USD 2 and USD 3 billion by transferring these government firms to the private sector as part of this restructuring strategy.

Sri Lanka Telecom is already a listed company and Malaysia’s UT Group already owns 49%. Reports say that they are ready to sell their shares if the State ownership falls into the hands of another investor. 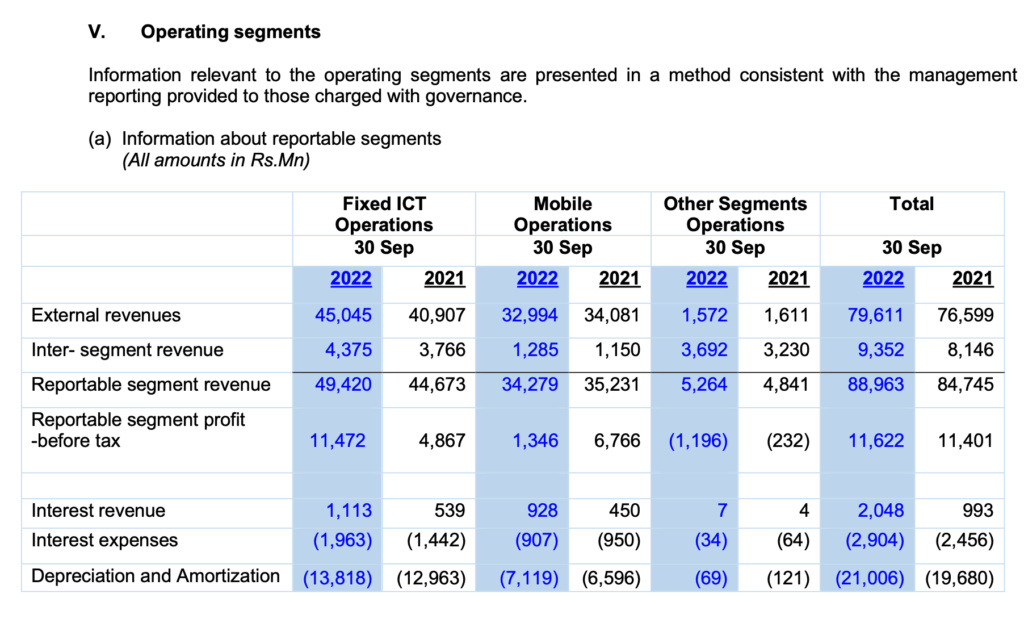 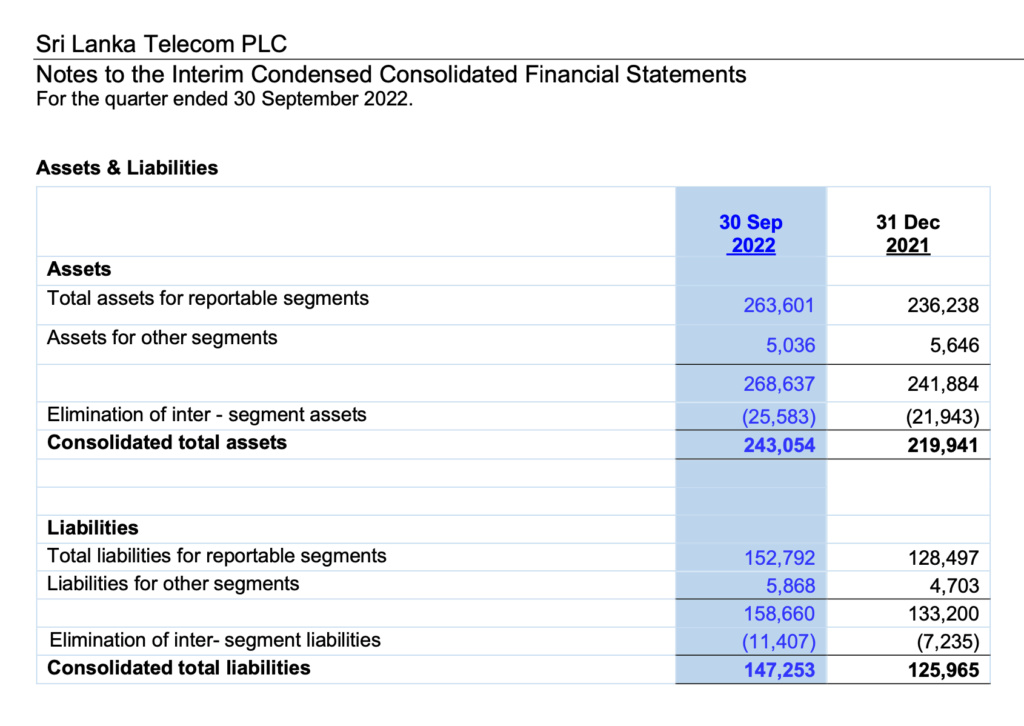 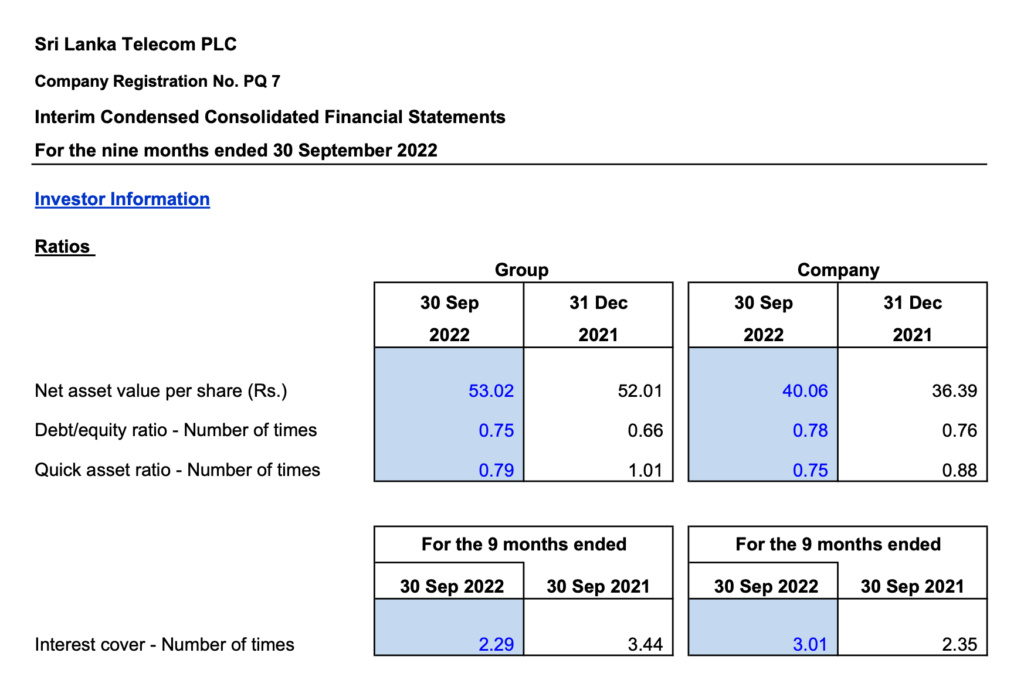 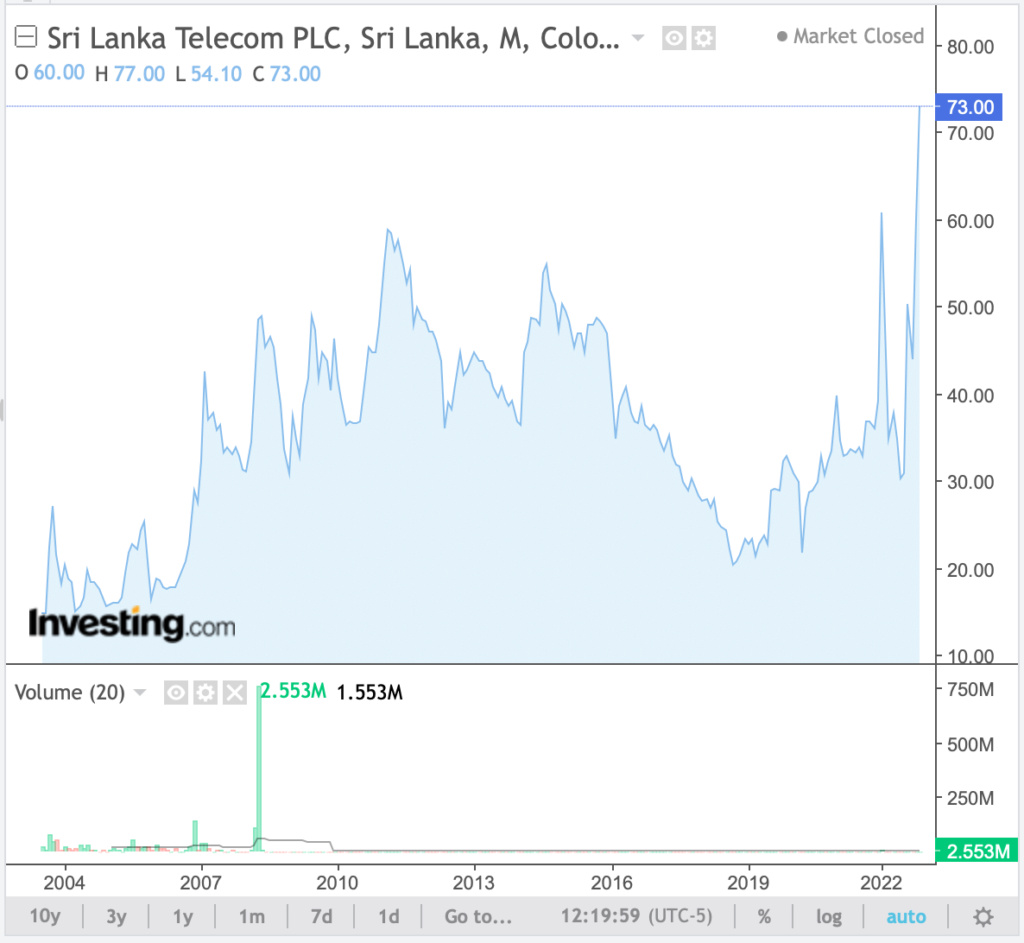 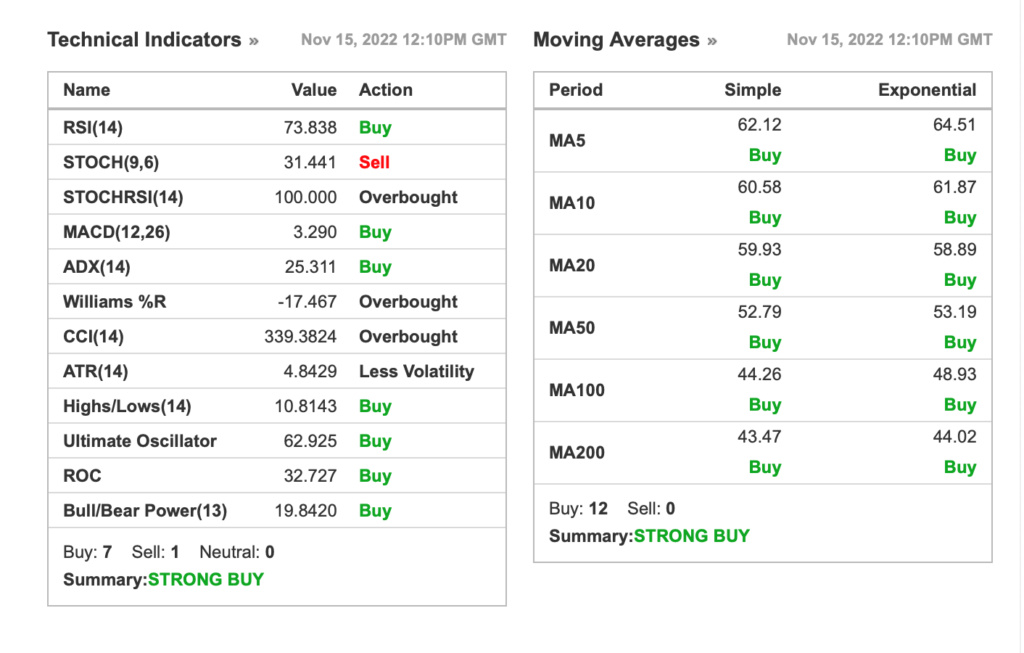 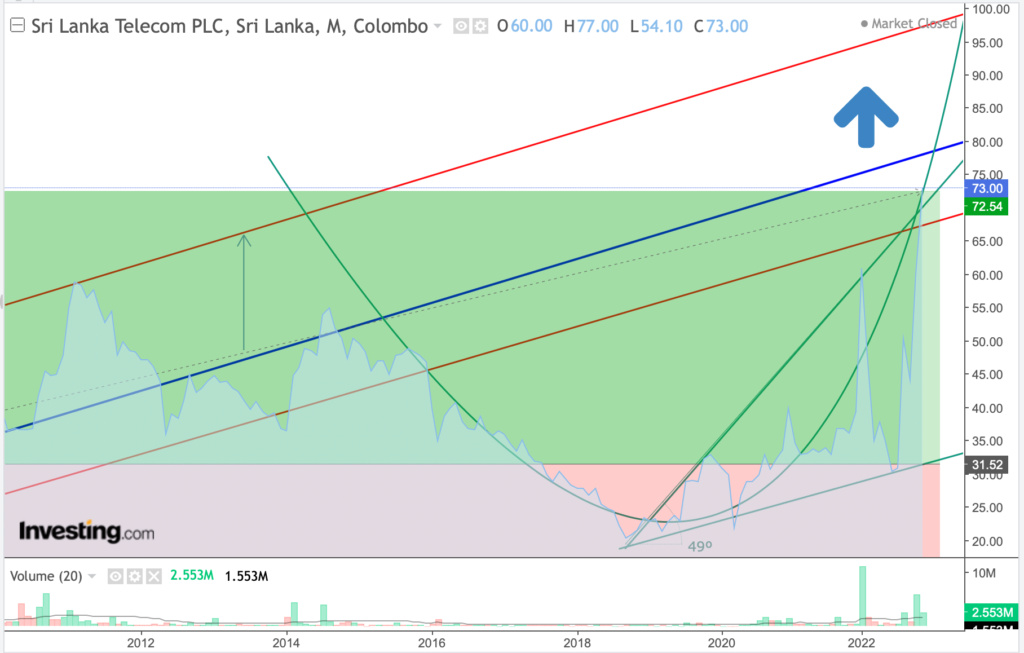 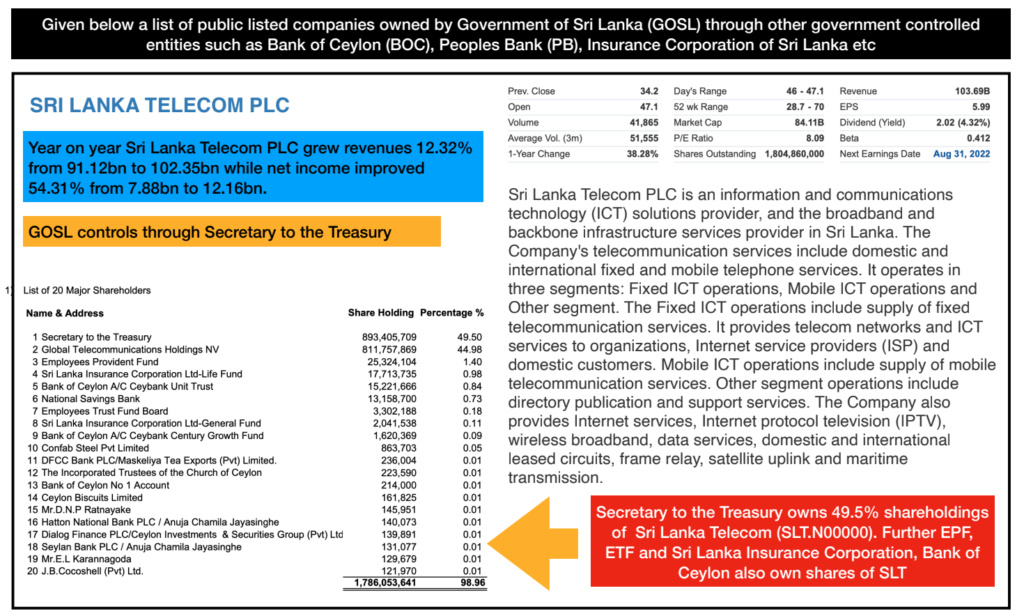 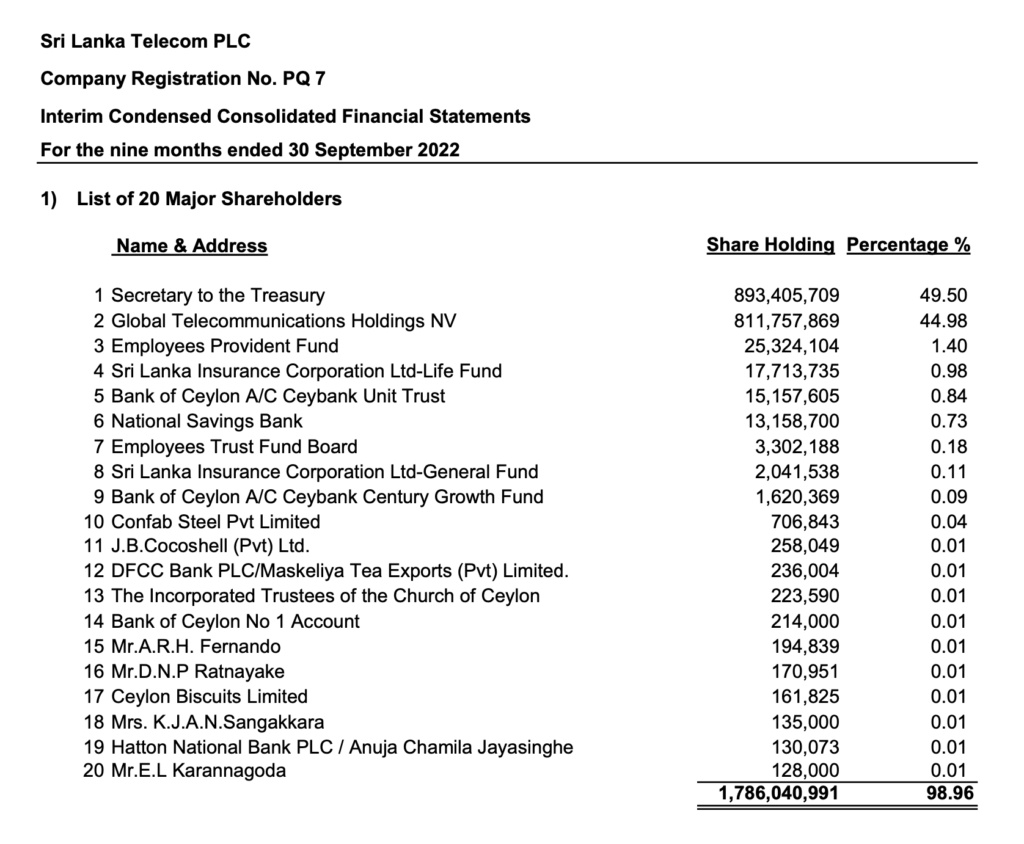 Expected Divestment Price
Amount expected to generated by the GOSL from the sale (Estimated): USD 500mn (LKR 182.5bn)
No of Shares owned by Secretary to the Treasury: 893mn Shares
Price Per Share: LKR 204/=

start the run to final destination.