» UNHCR Fear is over 21 countries speak for us only 15 against
by Equityinvestor Yesterday at 4:06 pm 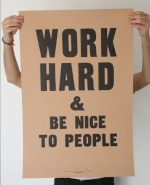 Can you explain how UBC as a small sized Licenced Commercial Bank, benifited by acquiring a failed RFC ??

Posts : 1549
Equity Stars : 6709
Reputation : 157
Join date : 2011-05-21
if its scam, ubc would have not invested in it ne, they could easily invest those money at the cse as we all genius have done.some times back ppl called TFC and CSF also as scams.UBC is a not a boutique at the junction. They got capable and qualified ppl to identify good opportunities and invest. so you should write them and ask how they gonna benefit form this investment.

Can you explain how UBC as a small sized Licenced Commercial Bank, benifited by acquiring a failed RFC ??

bro i need to know moer that's why i used will word,
wish i can say this is the high tide for UBC but cant predict this days .
got same question you rising

I know only it was with Ceylinco Group.

Depositors of two unregistered real estate companies of collapsed Finance & Guarantee (F&G) group say, not a cent of their dues were settled, since appointing a Board of Trustees to liquidate company assets nine months ago.

Speaking to Mirror Business, a depositor of Property Developers Ltd (PDL) of F&G group, Ranjan De Silva said, the trustees alone were paid over Rs.6.48 million as remuneration since appointment.

“According to trust laws pertaining to land and trust deeds, depositors have rights to know the amount the trustees are being paid, and Supreme Court only granted the approval to pay them an honorarium” De Silva pointed out.

The move came in to lime light after Union Bank of Colombo (UBC) recently announced that it decided to take a controlling stake in former Ceylinco owned collapsed finance company The Finance & Guarantee (F&G), for a consideration of Rs.600 million.

Back in August 2010, Depositors of F&G Property Developers Ltd. (PDL) and F&G Real Estate Co. Ltd. (RECL) set up two Boards of Trustees with five key persons common to both, in order to expedite the repayment process, disposing assets.

However Ranjan De Silva said that the above individuals had been paid over Rs.720,000 per month, whilst Finance Manager-

Alliance Development Trust, T.D. Nesakumar has returned part of the money that was paid to him after other depositors inquired about the issue.

“We have completely lost trust in these people we appointed to represent us.

They have betrayed us” De Silva lamented, accusing that Board of Trustees had used the remaining company funds to pay themselves.

At the time of the agreement, the Board of Trustees also signed Trust Deed documents with the Directors of F&G Subsidiaries, including Mervy Jayasinghe, K.A.S. Jayatissa, Mala Sabaratnam, Mohan Perera and four others. However, Chairman- F&G Group of Ceylinco, Lalith Kotelawala didn’t turn up for the event.

It is said that both companies which were unregistered financial institutions of F&G have accumulated a liability of approximately Rs. 8.2 billion to date from 4,100 depositors, and the Board of Trustees were appointed to determine how the properties and assets are to be disposed from time-to-time at the highest value (after a revaluation of the total assets).

The opposition by F&G depositors to convert 80% of deposits of the Finance and Guarantee Company Ltd (F&G) to shares has put the brakes on Union Bank (UB)’s plan to acquire the company through the infusion of new capital of Rs.1.1 billion, Central Bank sources said.

UB is insisting that F&G should convert 80 % of the company’s deposits to non voting shares with the consent of depositors. Depositors however are against this move, and discussions are underway to finalise the bank’s decision to acquire the company but it is possible that this decision may be reversed, the sources added.

They said the UB has agreed to pay deposits with maturity period ending in June 2011 while other deposits should be converted to shares. The company deposit base is over Rs 3 billion with over 50 % of the company’s deposits to be converted to non voting shares with the consent of depositors, one source said, adding that 30% are opposed to the move.

Several depositors told the Business Times that F&G is delaying paying the due interest of depositors while failing to refund the capital of many depositors on maturity claiming a cash flow problem.