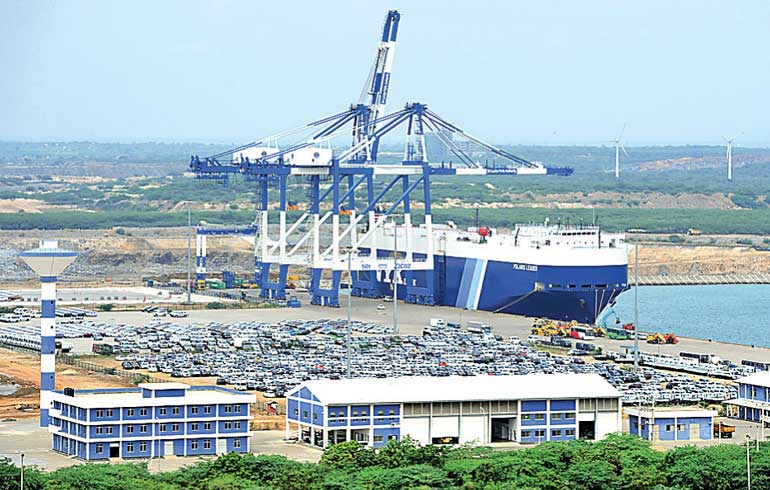 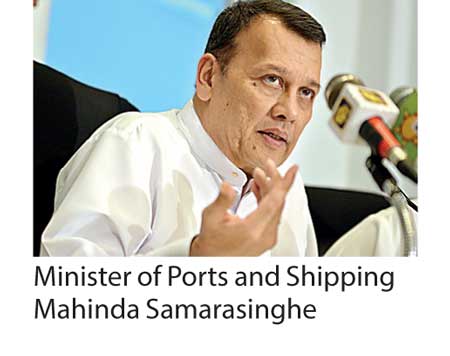 The Cabinet-approved new deal on Hambantota Port under a Public-Private Partnership will be presented to Parliament today, followed by a debate on Friday, Minister of Ports and Shipping Mahinda Samarasinghe said.

“There was a long discussion in the Cabinet about the agreement and although some gave their opinion, no one objected to the agreement. President Maithripala Sirisena advised the Cabinet to present the agreement in Parliament and then follow up with a debate,” Samarasinghe told reporters.

However there will be no vote following the debate, he said.

Any positive recommendations can be incorporated, he insisted, although the agreement is scheduled to be signed on Saturday.

As reported exclusively by the Daily FT yesterday, the terms of the concession agreement is for 99 years and two joint venture companies will be formed.

One is Hambantota International Port Services Co. Ltd. (HIPS), which will undertake the management of the common user facilities and services of the Hambantota Port such as port security, navigational services, pilotage, anchorage, the provision of aids to navigation, dredging, widening (capital and maintenance), emergency responses, pollution control and other port services.

The shareholding of this company will be SLPA 50.7% (42% of shares directly by the Ports Authority and a further 8.7% of share indirectly through (HIPG) and CM Port 49.3%.

The other company is Hambantota International Port Group Ltd., (HIPG) which is to undertake the management of operational assets of the port, further development of the Hambantota Port, its infrastructure and commercialisation of cargo handling and related operations.

The composition of shareholding will be identical to the terminal operation projects at the Port of Colombo i.e. the South Asia Gateway Terminals (SAGT) and Colombo International Container Terminals(CICT), which means SLPA will hold 15% and CMPort 85%. Based on this composition of shares, the overall shares held by CMPort will be 69.55%, while the overall shares held by Ports Authority will become 30.45%, as opposed to the initially proposed 80:20 split.

The value of $ 1.12 billion pledged in the framework agreement remains, however only $973 will be received by the Treasury, while the remaining $146 million will be pumped to the Hambantota Port as investment, the Minister said.

“This agreement is a win-win situation for both parties. We were able to negotiate the shareholding to increase Sri Lanka’s share. When I took over negotiations, there was no reference to royalty payable to the Ports Authority, it only included dividends. The new agreement includes royalty payments. We have also been able to ensure that no amendments were made to the Port Authority Act, which was a huge hurdle for us,” the Minister said.

According to Samarasinghe, all 488 employees attached to Hambantota Port will be absorbed into the new company. However, they will have to face a performance appraisal in six months after CMPort takes over.

Highlighting that he was also able to negotiate down the extent of land allocated to the port, Samarasinghe said of the 1,574 hectares of land area which was acquired for Hambantota Port through a gazette in 2008, the agreement only allows 1,115 hectares to be controlled by Hambantota Port.

“The Ports and Shipping Minister will retain the right to appoint a port regulator and management of security-related matters will remain with the Government of Sri Lanka. Accordingly, overall port security, customs handling and immigration and emigration activities will be carried out by the Sri Lankan side deploying local personnel,” Samarasinghe said.

PPP a leap forward for SL[/size] 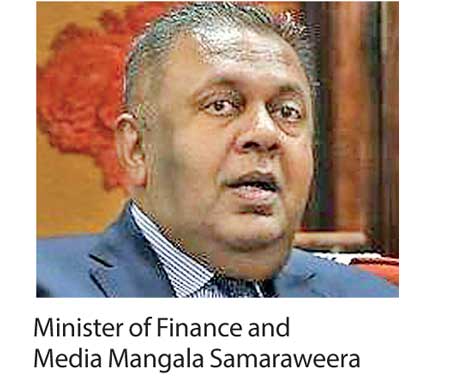 Minister of Finance and Media Mangala Samaraweera yesterday told Parliament that the new Public-Private Partnership for Hambantota Port would be the turning point for Sri Lanka on the way to prosperity and development.

Promising the critics an opportunity to debate the agreement, the Minister said: “This project will be a great leap forward when it comes to the development of the country.

It will lay the foundation to convert the Hambantota Port into a profit-making venture while generating thousands of employment opportunities for the youth.”

The Magampura Mahinda Rajapaksa Port is built inland and operated by the Sri Lanka Ports Authority. The first phase of the Magampura Mahinda Rajapaksa Port was opened on 18 November 2010. The total estimated construction cost of the Phase 1 of the project is $ 361 million, out of which 85% has been funded by the EXIM Bank of the People’s Republic of China.

The port is expected to serve ships travelling along the East-West shipping route which passes six to 10 nautical miles (19 km) south of Hambantota. However, the port incurred heavy losses, making debt repayment an issue as a result, and in 2016, 80% was leased to China Merchants Ports holding company in a debt-for-equity swap.

Citing unsuccessful projects launched during the Rajapaksa regime, the Minister said: “We have already filed court cases pertaining to Rs. 3.1 billion worth of money and property belonging to three members of the Rajapaksa family. These include land, houses and black money invested in various purposes.”